Tutored by Astrid McGechan and

Our Santorini photography tour will take place in April 2023 when the wild flowers start to bathe many of the hillsides in resplendent colour. We are thrilled to be returning to this spectacular Greek island for what promises to be a feast of photographic opportunities.

Many of the villages of Santorini are perched on the edge of one of the most spectacular volcanic calderas on the planet. The magnificent views from the edge of the caldera take in picturesque villages scattered with the exquisite blue domed churches for which the Greek island is famed.

Your Santorini tour leader will be Astrid McGechan.

Independent Feedback based on 5 verified reviews

We are thrilled to be returning to the spectacular Greek island of Santorini for what promises to be a feast of photographic opportunities. In 2023 our visit will be during April when the wild flowers start to bathe many of the hillsides in resplendent colour.

Many of the villages are perched on the edge of one of the most spectacular volcanic calderas on the planet.  The magnificent views from the edge of the caldera take in picturesque villages scattered with the exquisite blue domed churches for which the Greek island is famed.

Santorini lies at the southern end of the Cyclades group of Greek islands, the last stopping off point before Crete. It has been continually re-shaped over the centuries by a series of violent volcanic eruptions. The current archipelago of 5 islands surrounds a huge salt-water caldera. The small island of Néa Kaméni rose from the sea in a series of eruptions in the eighteenth century. It still hosts an active crater, though its last major eruption was in 1956.

The volcanic setting is simply awesome, so much so that an image of it was used by the Greek Tourist Agency to represent Greece as a whole. Mythic and literary connections abound; the main island Thira has been linked to the mythical lost city of Atlantis and Jules Verne famously featured Santorini in his book, Twenty Thousand Leagues under the Sea.

Whitewashed houses with barrel roofs appear to drip down the cliff faces like melting ice cream, until the land gives way to a 900-foot drop into the blue sea below. Every village is dotted with blue domed churches and bell towers, which are one of the most instantly recognizable icons of Greece, and synonymous with Santorini. These will no doubt be favoured subjects for our photography.

During our visit, we will be out photographing at both dawn and dusk, making the most of village locations in crossover light. The island boasts the kind of sunsets that will live in your mind forever.

Although some of our locations are within walking distance of the hotel, we will be travelling in our own vehicle to other areas of the main island, where we will explore beautiful traditional villages, ancient windmills and the dramatic volcanic coastline.

Our tour will be based in a comfortable hotel near Oia; an ideal centre from which to explore the incredible island of Santorini. We have chosen this time of year in order to give us an excellent chance of having a variety of weather conditions and lighting. Some of the walking will be strenuous, particularly in the steep-sided villages, so a good level of fitness is required from all participants. This tour will also give you free time to relax and enjoy the delights that the island has to offer. 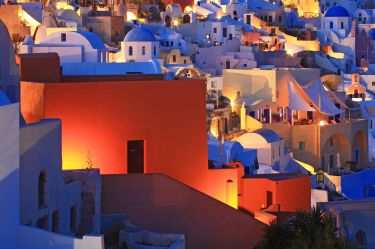 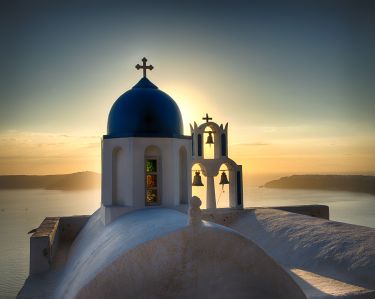 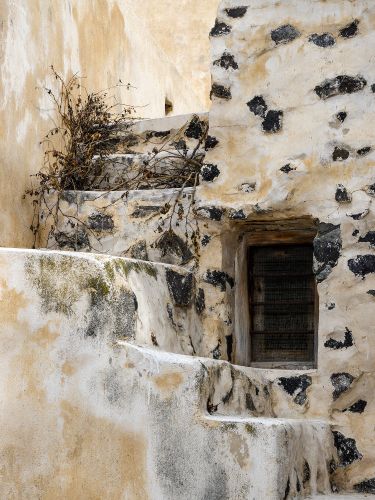 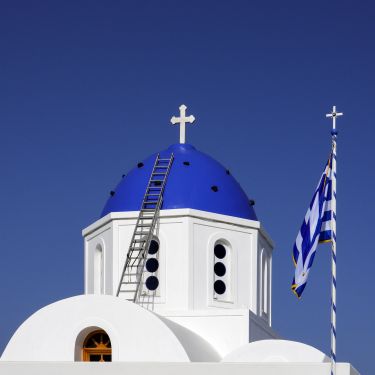 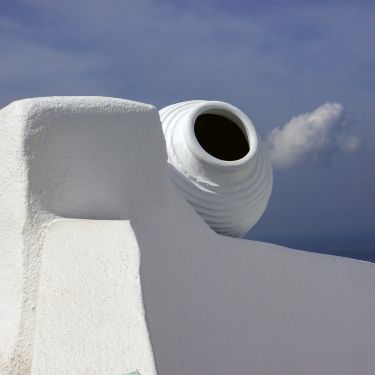 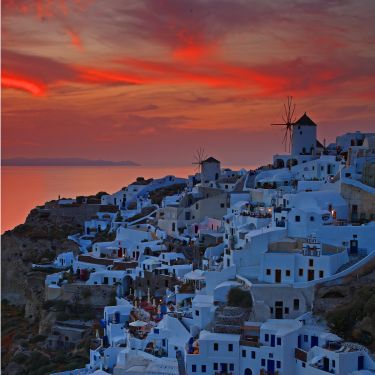 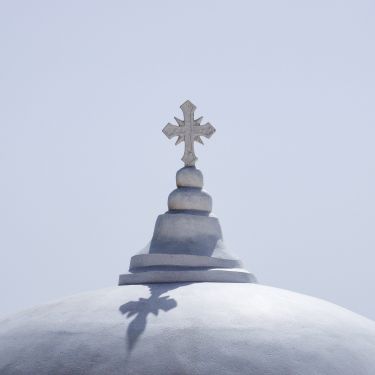 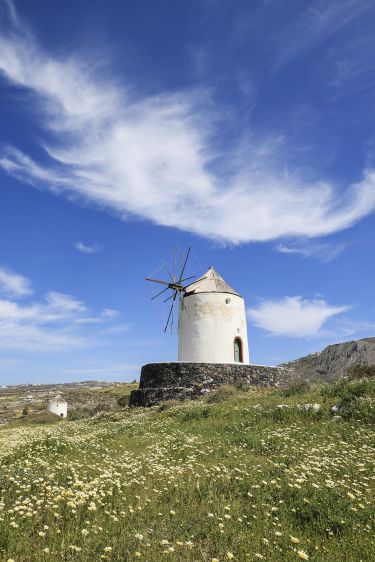 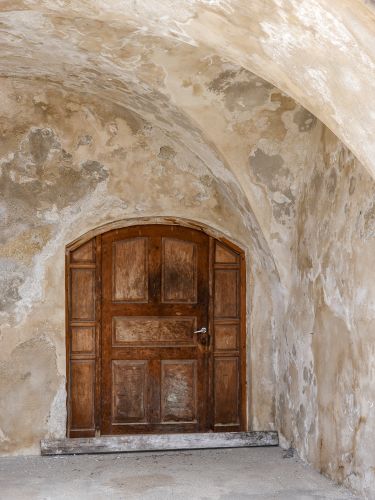 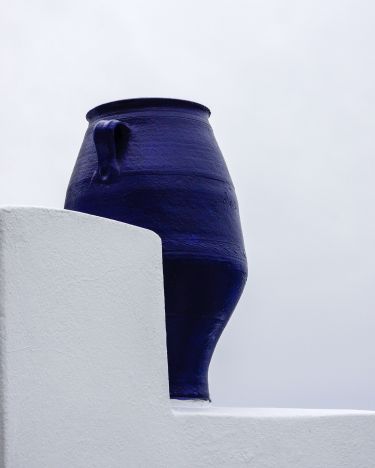 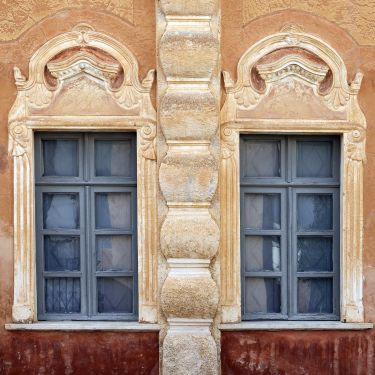 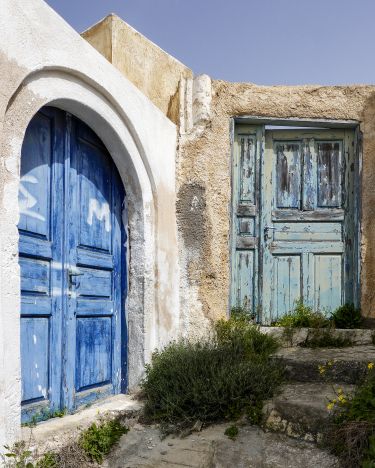 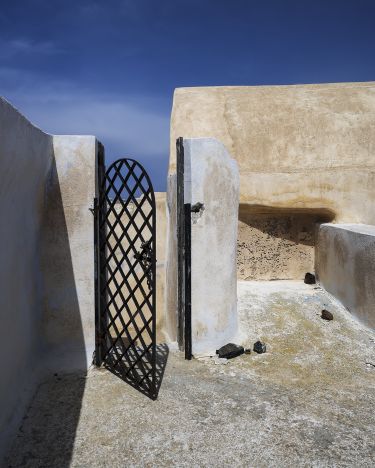 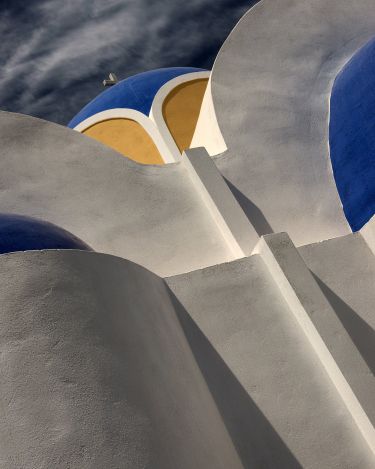 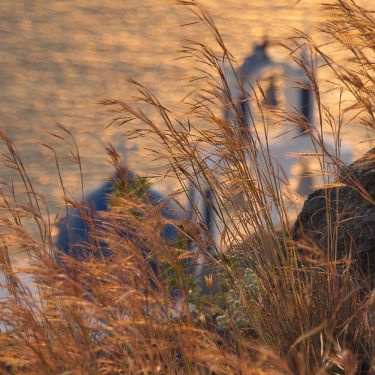 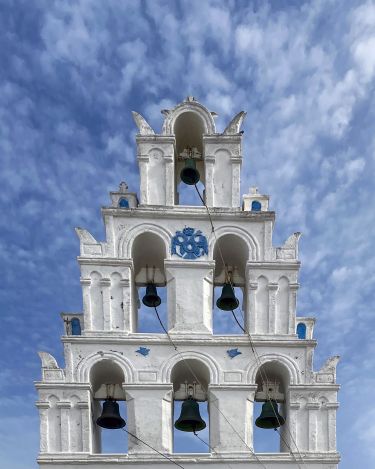 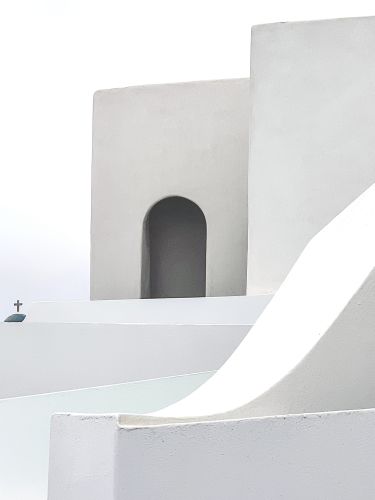 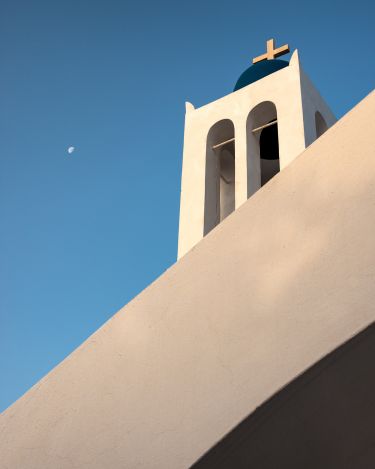 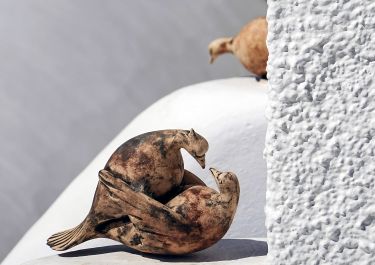 Independent Feedback based on 5 verified reviews

I had a wonderful time on the tour. The leader (Astrid) and the other participants were all great fun. The pace was not too exhausting, and the location of the hotel was great because there were a lot of great locations within walking distance.

This was a great trip, I really enjoyed exploring the island in such detail.

A very enjoyable trip to an interesting island. Astrid's encouragement and leadership was well pitched and prompted me to look for some different types of image. I felt I learned and improved on this trip, and have certainly come home with some decent photos. The hotel was good and well located, and Astrid's restaurant recommendations were all spot on! Light & Land's processes for booking and joining the tour all worked well. I am happy to recommend the tour.

It was a fantastic photographic holiday from start to finish. The group was good fun, our leader and guide fabulous and everyone came away with some fantastic shots. Not only that but the early morning visit to the local bakery for croissants and coffee after our sunrise shoots were brilliant.

Essentially, a Luxury Editions tour is an exclusive micro learning group with five star tuition and treatment in all aspects of the tour. Each year a small number of ‘Luxury Editions’ tours will run where the group numbers no more than four photographers per tutor. Here the learning approach is more intensive where the leader is able to offer constant ‘hands-on guidance’ allowing them an opportunity to work in depth with each individual photographer in addition to working with the group on a collective basis. In addition to this, the accommodation will be of a high standard and special extras will be included. These tours are only taught by our long standing leaders who have years of experience and are highly sought after. If you would like to join a Luxury Edition tour, then the requirement would simply be a complete understanding of the workings of the camera and the desire and commitment needed to attend the workshop.

Off the Beaten Track

Our 'Off the Beaten Track' tours cater for those more adventurous photographers who would like to get off the beaten track and explore roads untrodden or delve into the culture of a place. Groups are small and you can be assured that although the tour leader will have an in-depth knowledge of the location, you may veer off track if an unplanned photography opportunity presents itself! The tuition is five star on these tours. The accommodation varies on these tours from mid range hotels, shared cabins on a ship to basic and clean camps. Our priority is to get you to the best locations in time for the best shot and if this means camping half way up a mountain then so be it! Our 'Off the Beaten Track' tutors will have experience and knowledge of the area, so you can be assured that you will be completely taken care off to allow you to concentrate on that award winning image. If you would like to join an ‘Off the Beaten Track’ tour, then a good knowledge of your camera would be an advantage, but not essential, and the desire and commitment needed to attend the workshop. We do also ask that you have a good level of fitness as these tours could involve a large amount of walking. Check each tours description for requirements.

Our Classic tours are aimed at those who wish to discover unique locations, but at a more leisurely pace than the Off the Beaten Track tours. There will be ample time to immerse yourself in the location and spend time on your photography. Classic tours also focus on sunrise and sunset (which are optional for those who like to sleep in!) and have a slightly larger group size (max 8 per tutor) to allow the social side of photography to be appreciated. Tuition is five star and hotels are mid-high range depending on the tour. Every classic tour is different so do refer to the tour description for details of accommodation and locations visited. If you would like to join a ‘Classic’ tour, then a good knowledge of your camera would be an advantage, but not essential, and the desire and commitment needed to attend the workshop. Fitness levels required vary depending on the tour so do check the exertion level under the description tab.

Interested in architectural photography or street photography? Do you get a buzz from photographing city life? Then a city tour is for you. We have a range of tours catering to various styles of photography including People/Street, Intentional Camera Movement, Iphoneography or Architectural photography. Tours range in length from weekend breaks, ideal for those who don’t have may days holiday left, or longer tours to allow yourself to truly explore the city. Our tutors have an in-depth knowledge of the location and will take you to undiscovered spots to ensure you come away with a varied selection of images that you are proud of. If you would like to join a ‘City’ tour, the requirement would simply be a complete understanding of the workings of the camera and the desire and commitment needed to attend the workshop. Fitness levels required vary depending on the tour so do check the exertion level under the description tab.

Only got one day to spare or have already used up your ‘holiday’ budget? Join one of our ‘In a Day’ photography workshops and we will provide you with the knowledge, the views and the techniques for making the most of the light. You will go away not only having met some like minded people but most importantly having learnt something new and exciting about photography. You only need to bring a camera and an open mind! Our photography workshops are ideal for all levels of photographer from beginner to advanced. Please note these one day workshops are exclusive of VAT, this will be applied at the rate of 20% at the checkout.

Easy - most locations are arrived at by vehicle, and most subjects and viewpoints are within easy reach. No particular level of fitness is required.

Moderate - these tours involve some walking, perhaps sometimes in towns, or on well developed trails. There may be a limited amount of uphill walking. Please advise if you have any fitness concerns.

Strenuous - these are tours which may include demanding levels of walking, including some prolonged or steep ascents and descents. Rough terrain (off the beaten track) may well be encountered. A reasonable level of fitness is required for these trips.