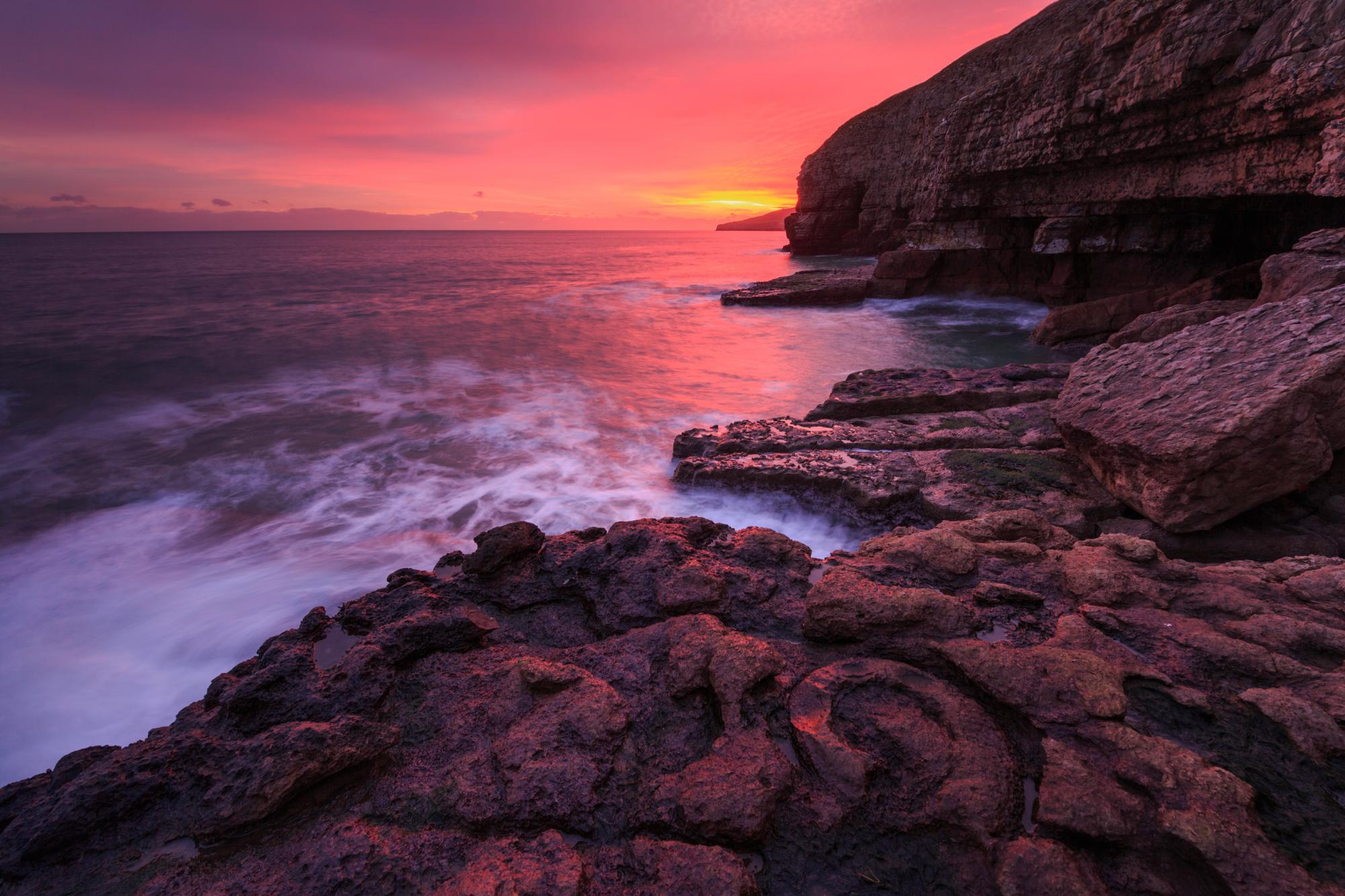 From castles to cake, not to mention some of the most geologically diverse landscapes in the UK, photographer Andy Farrer finds plenty to get excited about in Dorset, southwest England 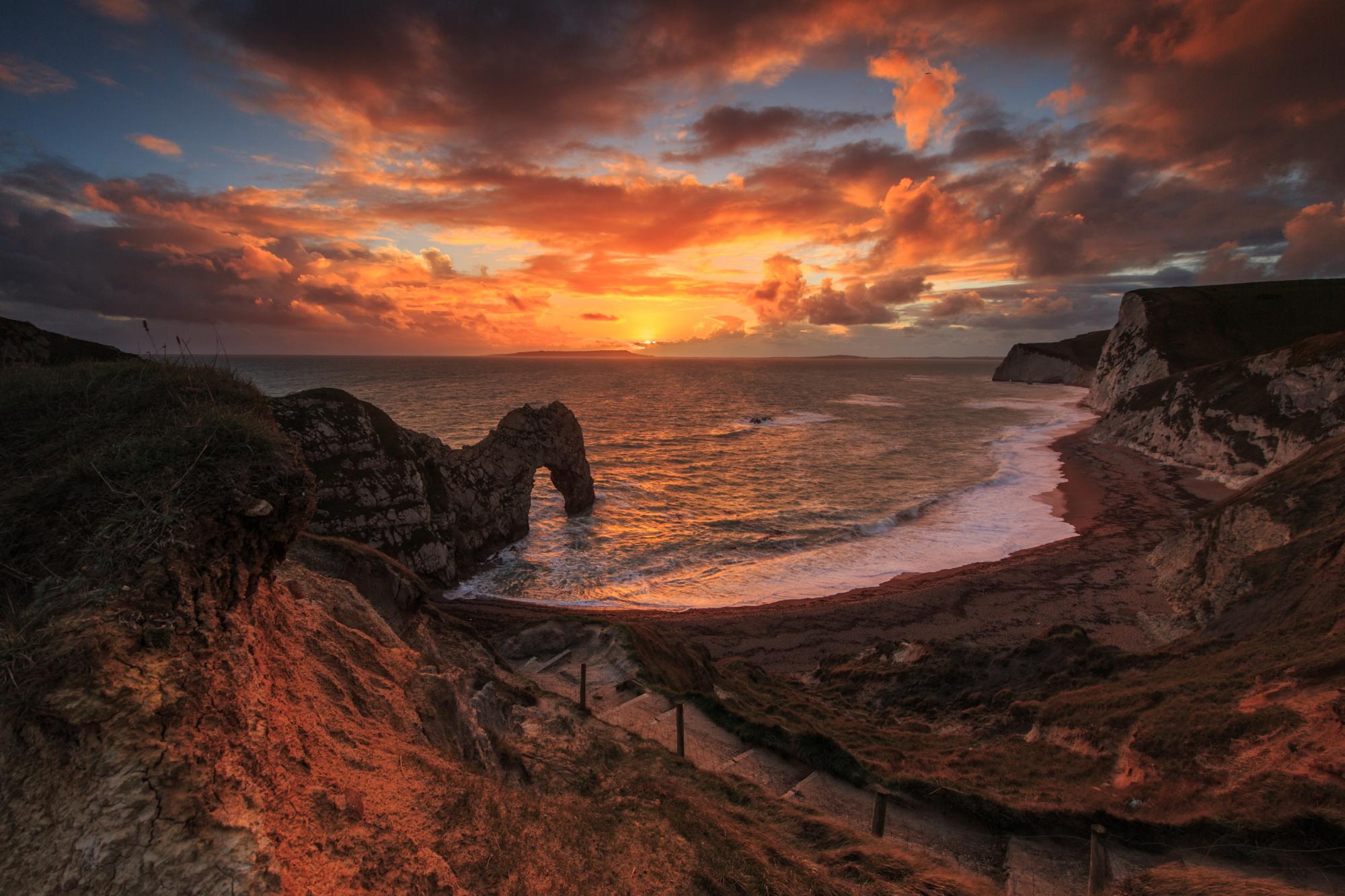 The Jurassic Coast section of the Dorset Coast is so breathtaking and geologically diverse that it has been granted UNESCO status. At one end of the coast is the chalk downland and stack at Old Harry, while, just a few miles away, you can find Kimmeridge, a shale bay with cementstone reefs, which is as popular with fossil hunters as it is photographers.

The arch at Durdle Door, formed across the ages, is easily the most famous coastal landmark in this part of England.

The Dorset Coast benefits from coastal sunrises and sunsets throughout the autumn and winter, right up until spring, during which time the sun is low in the sky and the landscapes are at their most photogenic. 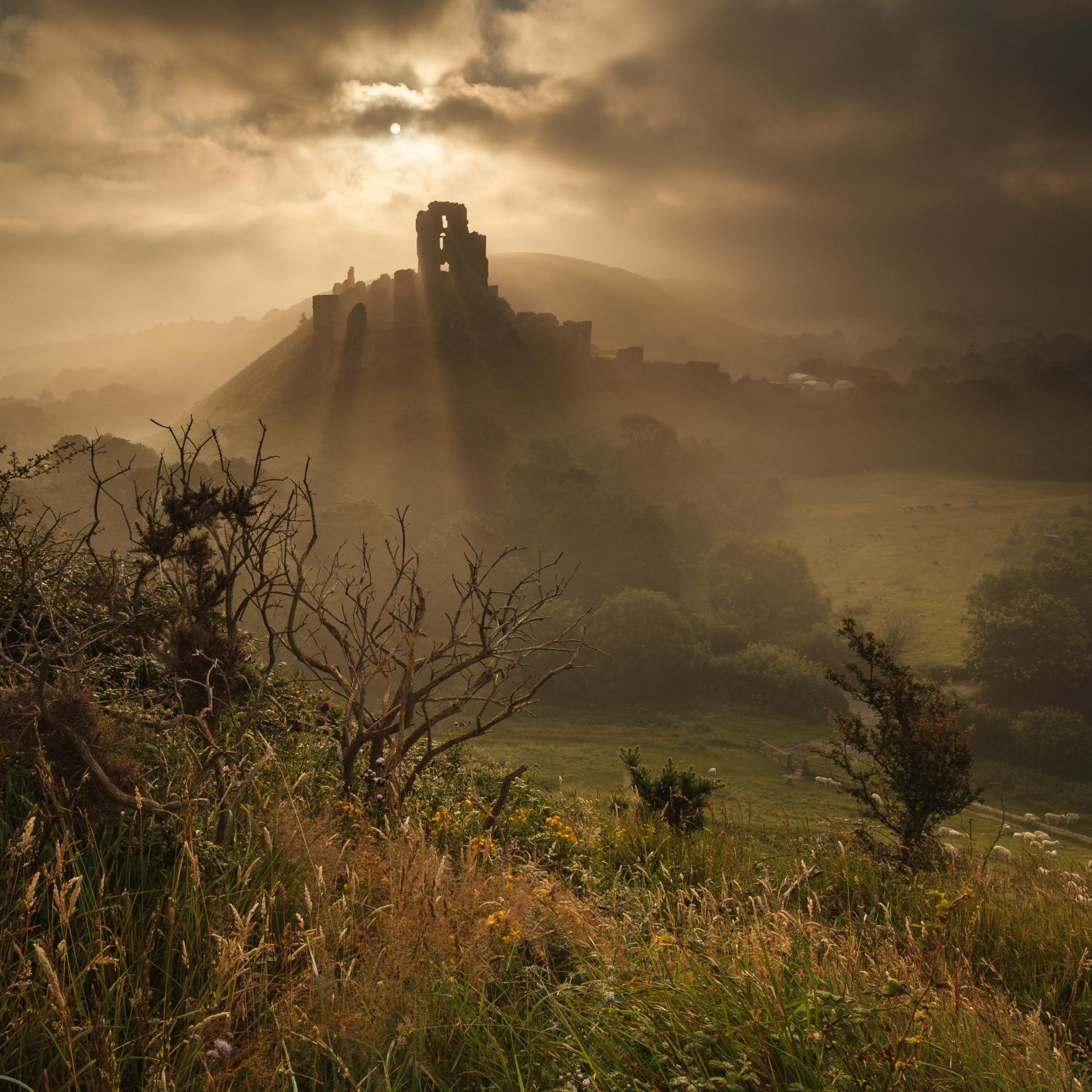 Corfe Castle is one of the best known castles in the UK. Built by William the Conqueror, the castle dates all the way back to the 11th century, one of the most iconic survivors of the English Civil War. Although it’s now just a ruin, it still commands a considerable presence. It looks incredible emerging from the mist on a still morning.

There are also numerous Bronze Age and Iron Age hill forts around Dorset, boasting terrific views of the county, such as Hambledon Hill, Hod Hill and Egaardon Hill.

Knowlton Church is another photogenic slice of history. The 12th century Norman Church stands in the centre of a Neolithic earthworks, just north of Wimborne. 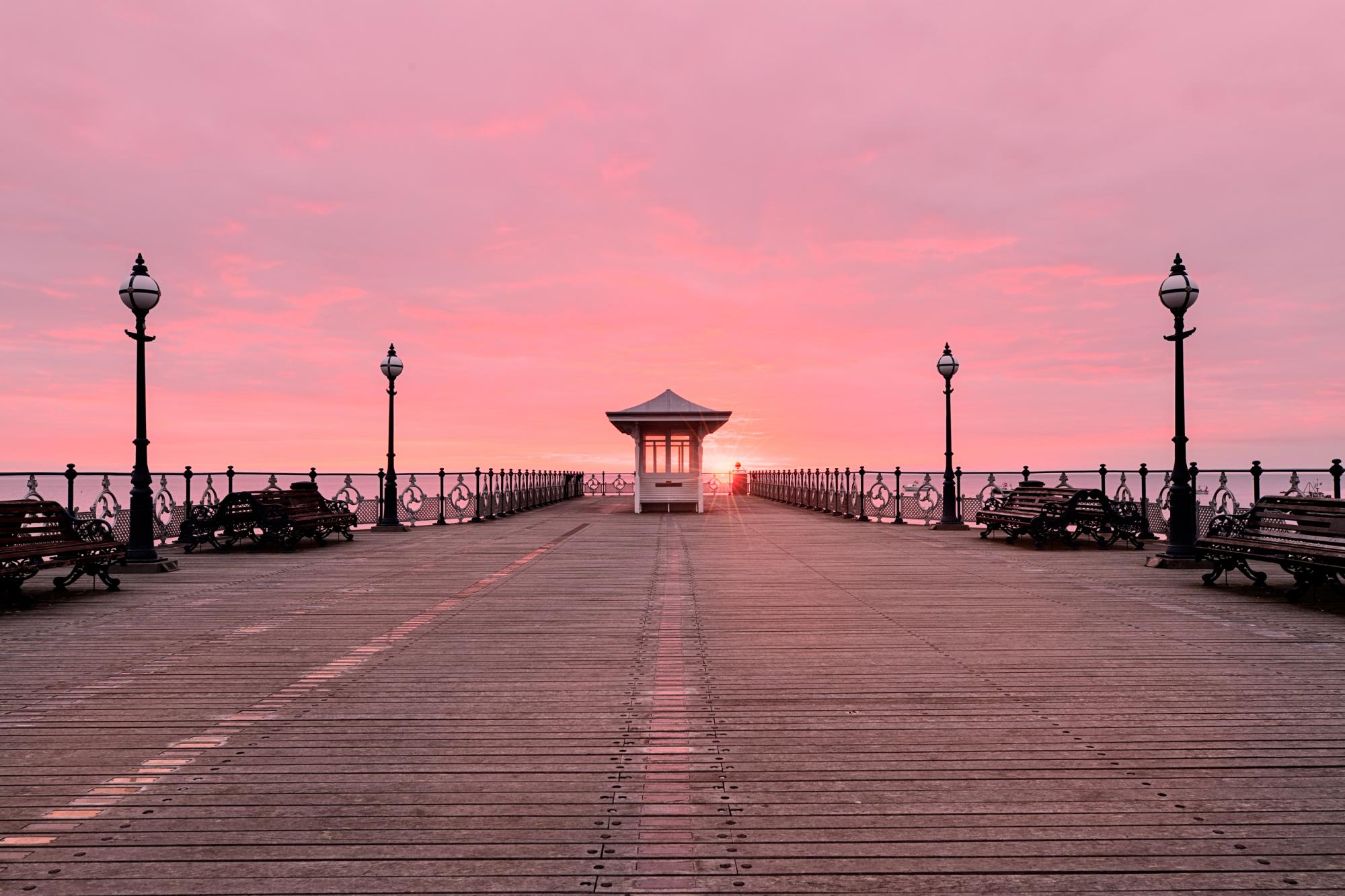 Dorset is one of just a few English counties with no motorways, so once you arrive there, you really feel as though you are away from the hustle and bustle. Many visitors say they sleep better than they have in years when they stay by the sea here, which is how the Victorian seaside towns gained their popularity, giving rise to popular resorts.

The off-peak seasons offer a far more relaxed pace than the summer months. There is something incredibly invigorating about a walk on the South West Coast Path with the wind blowing away the cobwebs, birds soaring overhad and the sound of the waves crashing.

4: Finding tasty food is a piece of cake 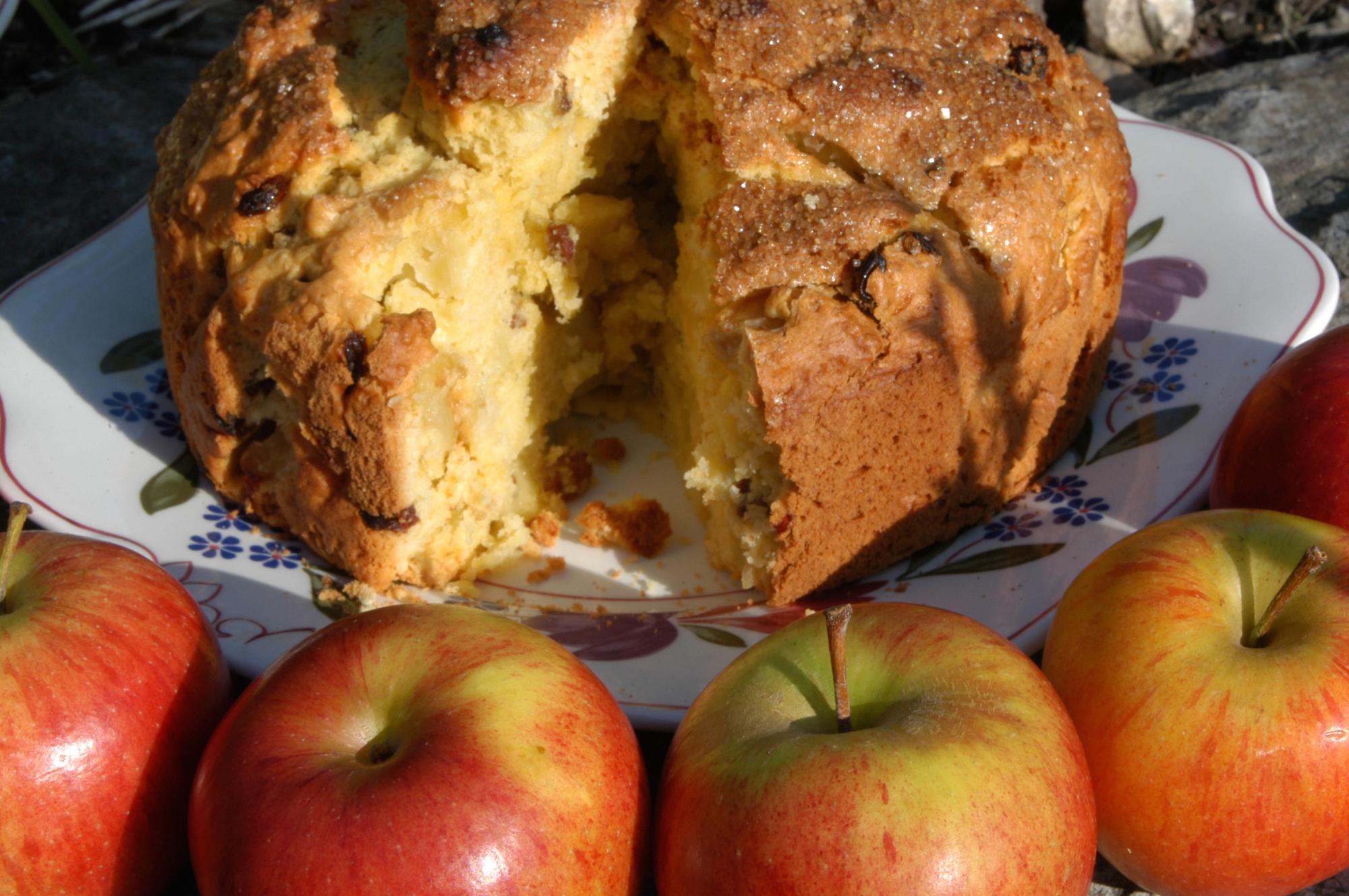 There are several varieties of apple cake to be found in the southwest of England, including Somerset apple cake and Devon apple cake. But if you’ve never tried Dorset Apple Cake, you’re missing out. So tasty is this rustic fruitcake that Dorset has claimed it as the official culinary symbol of the region.

There’s plenty more down in Dorset to get foodies excited. Dorset Blue Vinney cheese is a favourite hard, crumbly, blue cheese made from skimmed cows’ milk. Dorset also produces a fiery chilli pepper, the Dogset Naga, which has a reputation for being the hottest in the world.

Thankfully, there’s plenty of good beer on tap to help you cool your mouth down at award-winning pubs, such as The Square And Compass, which has been an alehouse since 1776 and run by the same family for over 100 years.

5: Beaches that have become film and TV stars 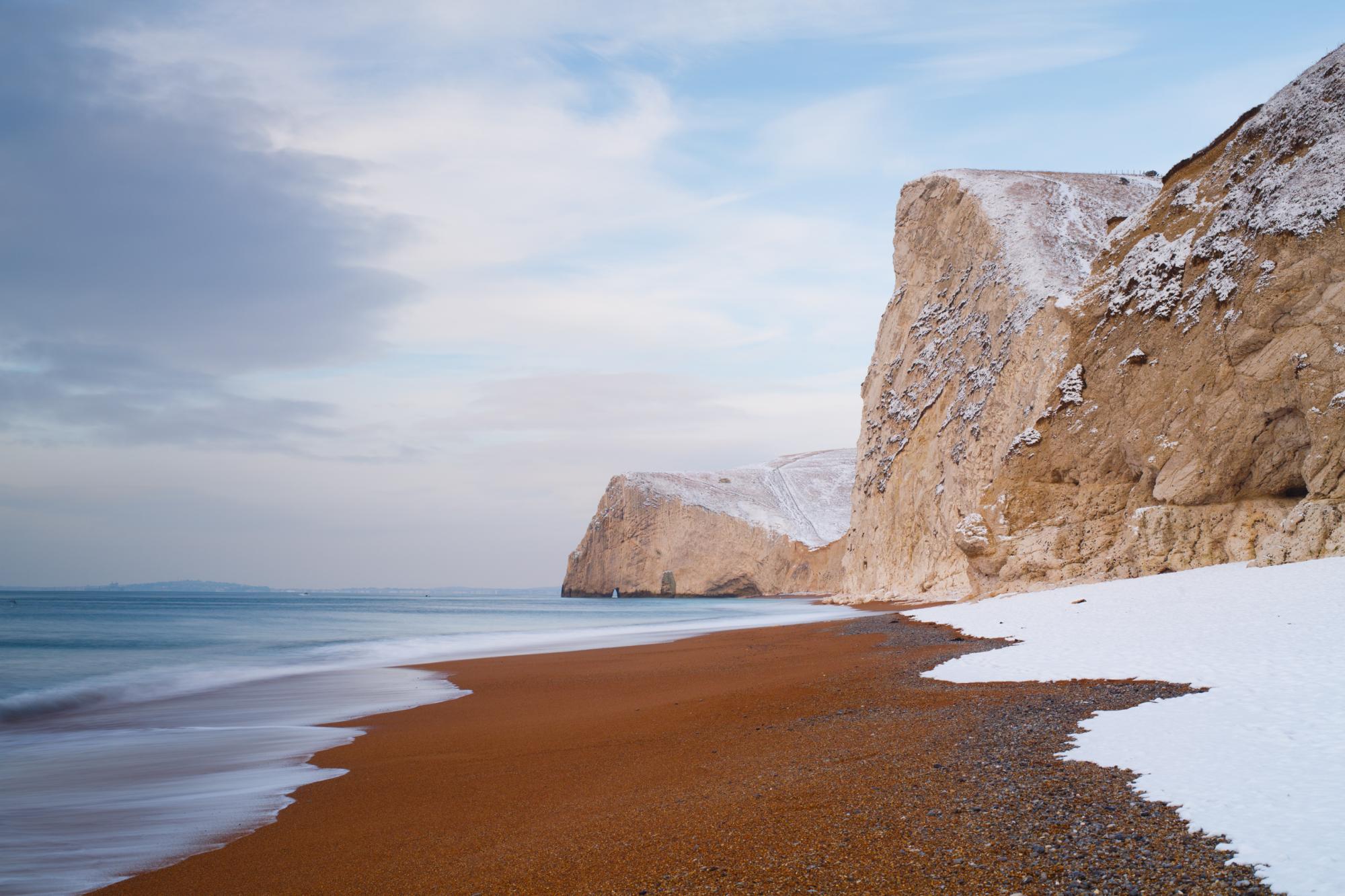 Dorset has long been favoured for geography and geology field trips, as there is a wealth of remarkable coastal features within the county, from sandy beaches, like Studland and Swanage, to the fossil-rich Kimmeridge Bay and the shingle beach at Durdle Door.

One of the region's beaches - the 18-mile long shingle beach at Chesil - is about to become a little more famous. English author Ian McEwan’s excellent novel On Chesil Beach has been adapted for the screen and will be in cinemas in 2017, starring Saoirse Ronan and Billy Howle. That might mean the beach receives a bump in visitor numbers this summer.

Portland, West Bay and Lyme Regis, also on the coast, are all highly photogenic and have featured in films and TV shows, such as Dr Who and Broadchurch.

6: Birdlife that’s worth warbling about

Arne RSPB Nature Reserve has also spent a bit of time on TV; it was home to the BBC’s Springwatch and Autumnwatch last year. Found on the edge of Poole Harbour, this reserve has a diverse mix of woodland, open heathland (home to the rare Dartford Warbler) with views of Corfe Castle, and coastal lagoons that are rich in wading birds. Sika deer are regularly seen here too.

Short-eared owls can also be seen hunting at Portland in the winter, as they shelter in the UK from the Scandinavian winters.

Photographers Andy Farrer and Antony Spencer will be guiding a special The Purbeck Coastline Of Dorset workshop in Dorset from Jan 24-26, 2018. For details, see www.lightandland.co.uk/photography-tours/view/the-purbeck-coastline-of-dorset.

Andy Farrer will also be guiding tours in Morocco and the New Forest. For more info, see www.lightandland.co.uk/andy-farrer.