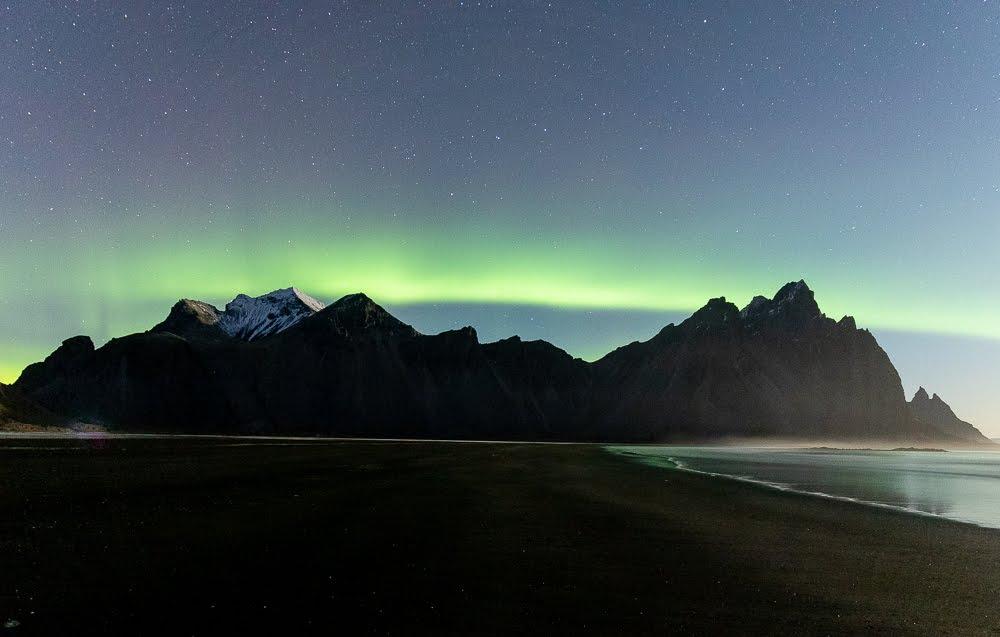 "You go to Iceland off season for many things but a chance to see the Aurora Borealis must surely be the most sublime experience. Standing on a pitch black desolate beach surrounded by large peaks offers the most gorgeous spine tingling feeling as the shafts of green light build gradually and then spark like streaks across the night sky, creating lunar energy with the feminine moon.  By daybreak, you wonder did you imagine what you saw as a fresh new day gives visibility to white snow capped mountains with sweeping valleys and large open expanses that redefine infinity. 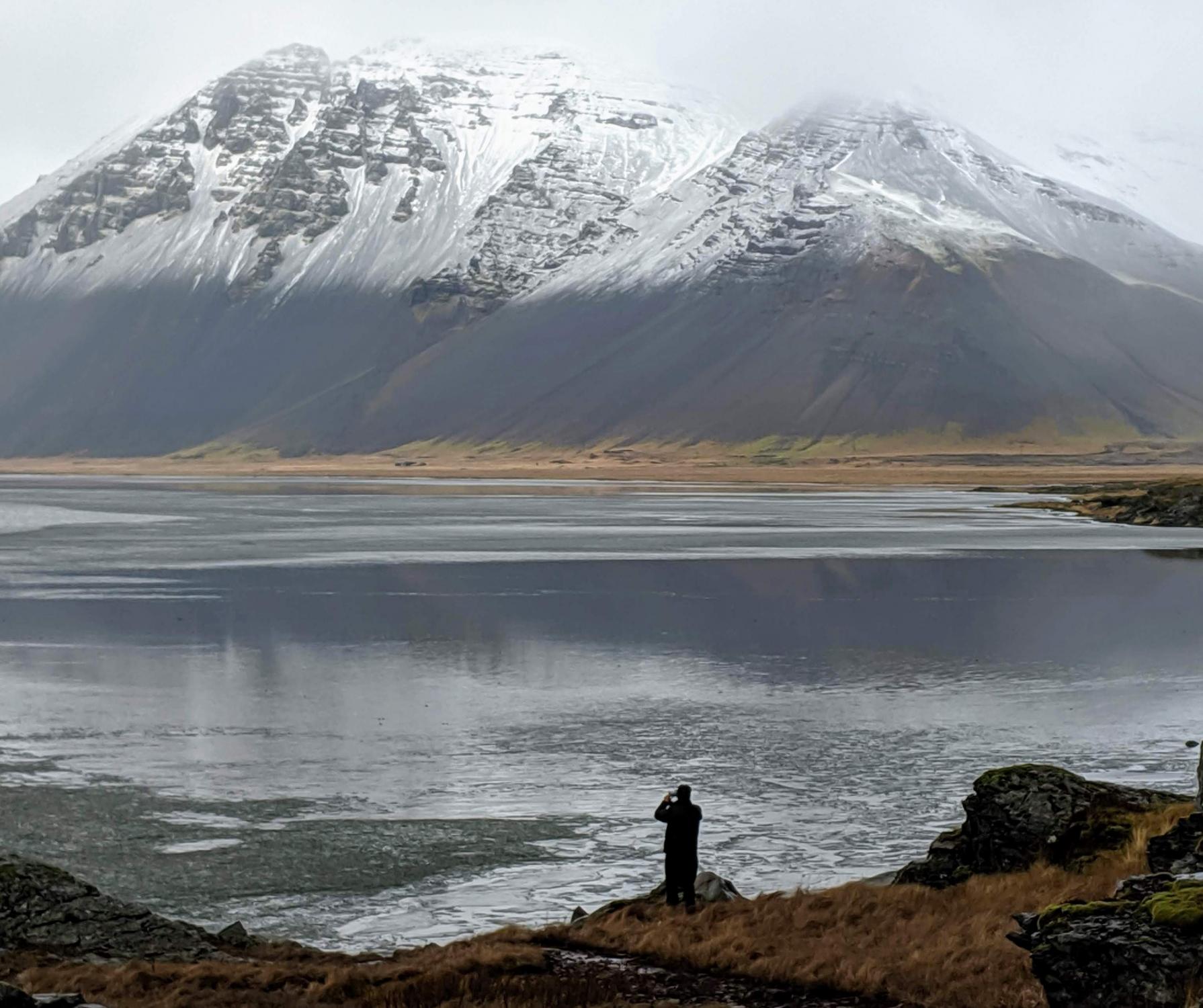 The roads are largely empty in November, so you can drive for miles without meeting anyone. Every now and then there will be a dormant smallholding just off the road. A red roofed farmhouse with bales of hay and some Icelandic ponies. A place of retreat, a place to hibernate with books and supplies and wait out the Winter amid the snow and ice - maybe. For Iceland is a place where the weather is in charge and plans and schedules go out the window, and so you find yourself drifting along uncharted routes, entirely at the mercy of the next shifting forecast, unpredictable as life. 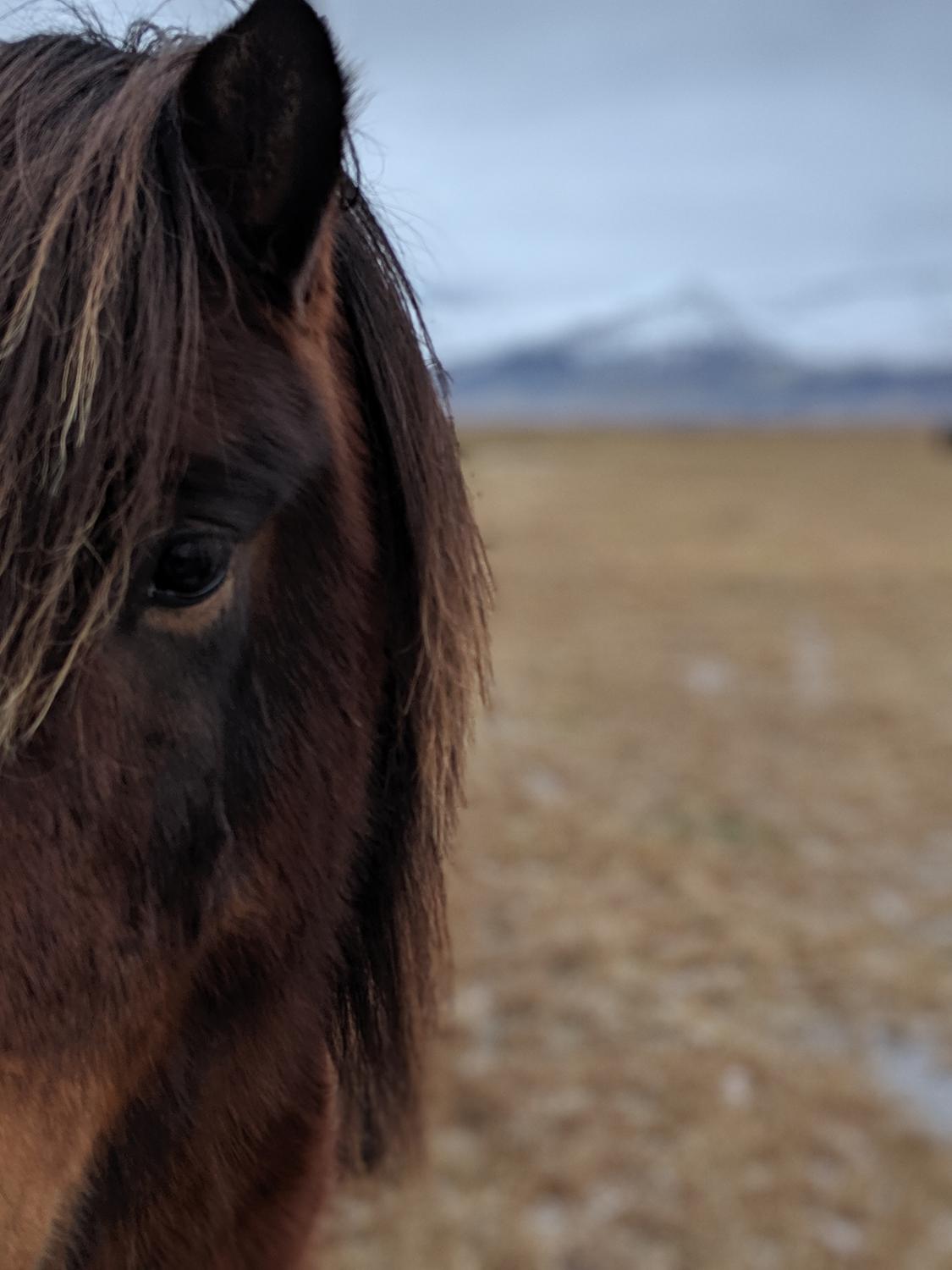 The mountains are epic. They come in all shapes and sizes and stand rock solid like sentinels with a palpable strength. They say that all Icelanders have a favourite mountain. I know mine. It stands like a perfect triangle on the road to Vesturhorn and looks like it was drawn by a child, so perfect are its contours and peak. I only wish I had a photo to share. Other mountains lie nestled between huge glaciers that seem to have over spilt like vanilla smoothies across roadways and floodplains.

Tourists flock to the blackened beaches around Vik. You can hear their squeals of delight as they crunch across the black sand and get sprayed by the rolling waves. The contrast with snow and ice on the volcanic beaches is magical and makes the most beautiful photographs. The waves are hypnotic, crashing with force against the coastline, creating bow shaped crescents.  Hours pass as we get lost in compositions. 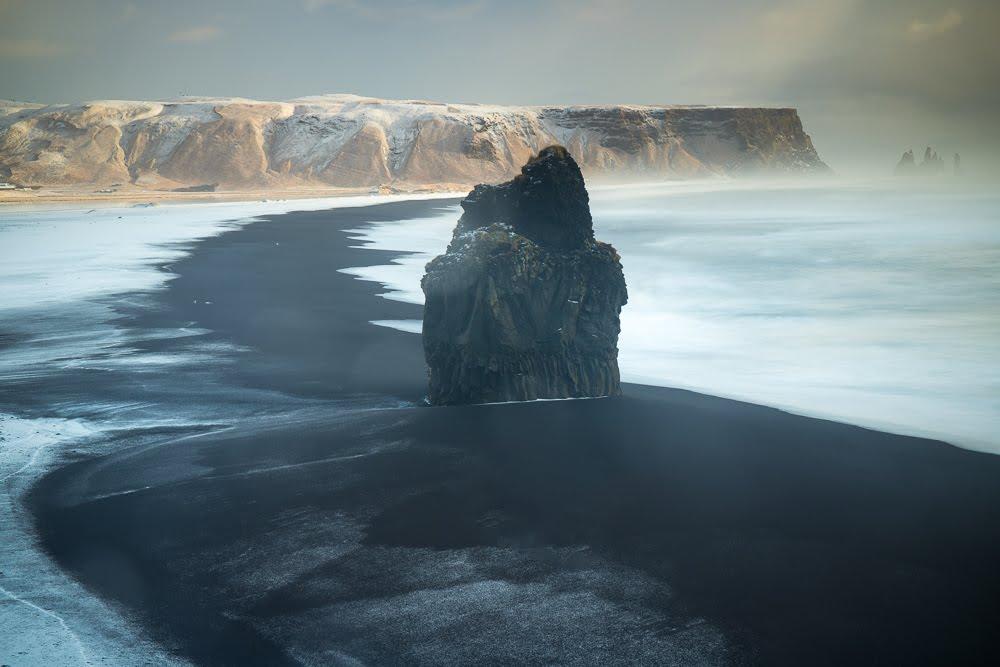 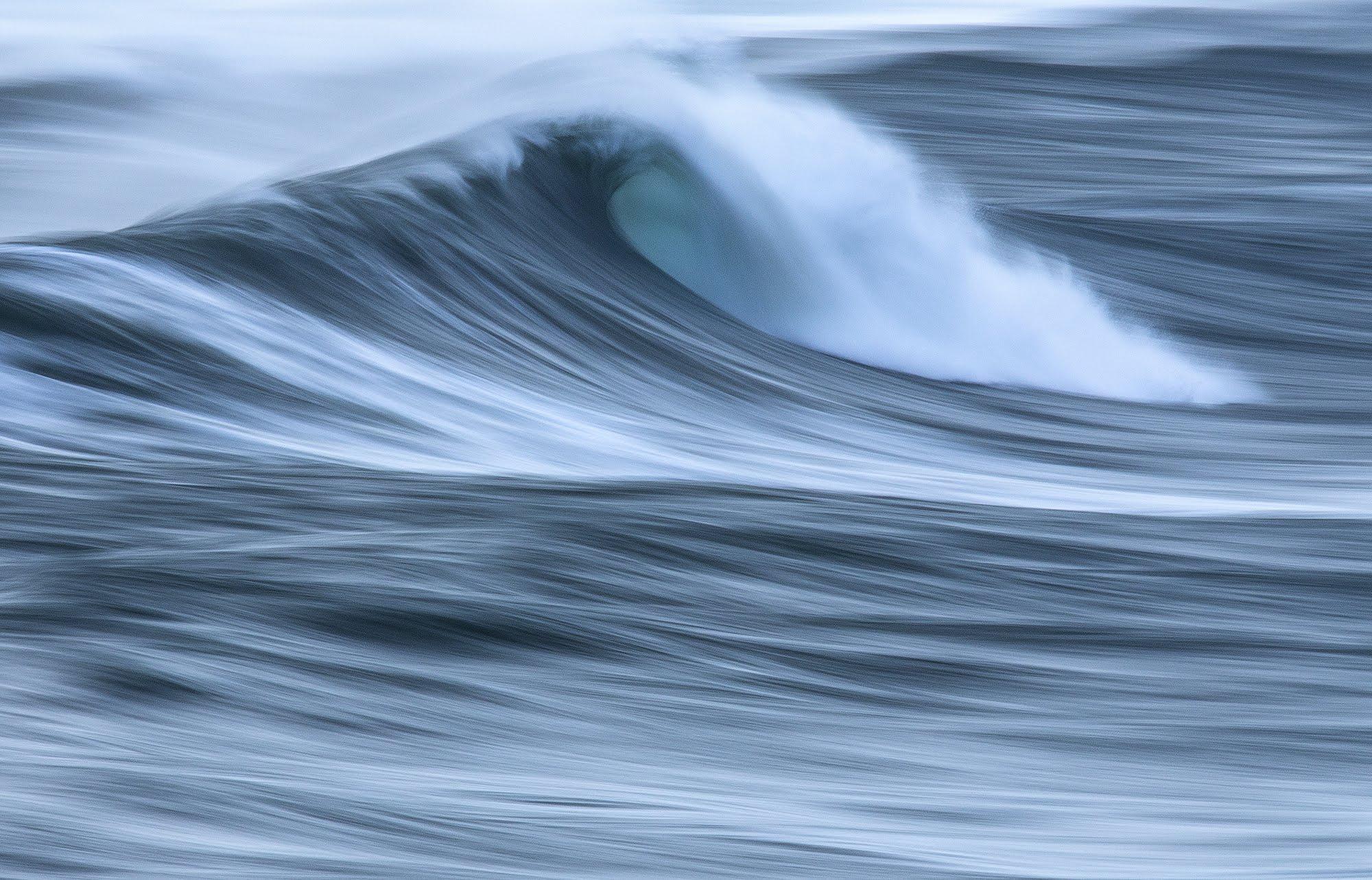 “Is it cold up there”? friends from home enquire. “Well yes…” you laugh. It's hard to put into words, unless you have experienced it, you cannot really explain it. It's a frigid cold with a wind chill so piercing that your cheeks feel scalded and despite layers and layers of clothing your only desire is to huddle together. But the days are short and the light recedes early, giving plenty of time to warm up under hot geothermal showers.  Later there is the chance to dine like Vikings in one of Iceland's surprisingly good eateries while feasting on the most delicious lobster and chatting into the evening with a tumbler of whiskey for warmth, while the trolls sleep". 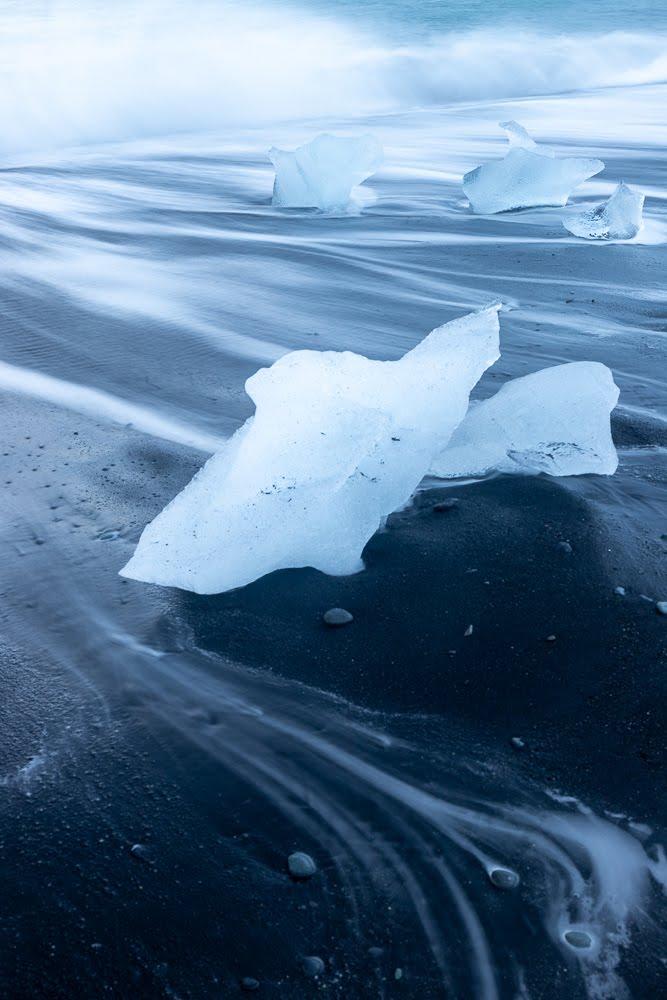 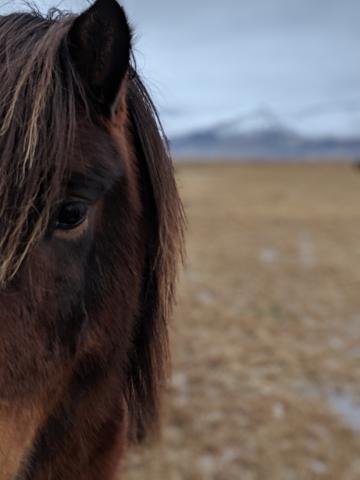 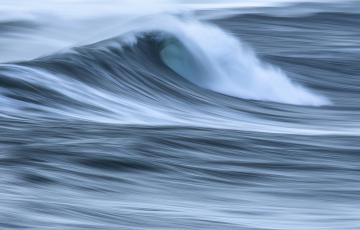 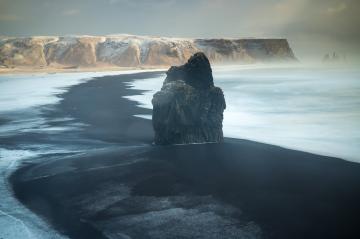 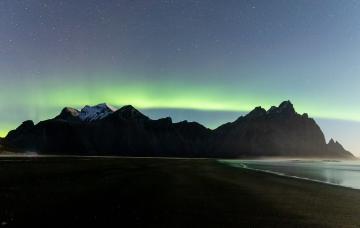 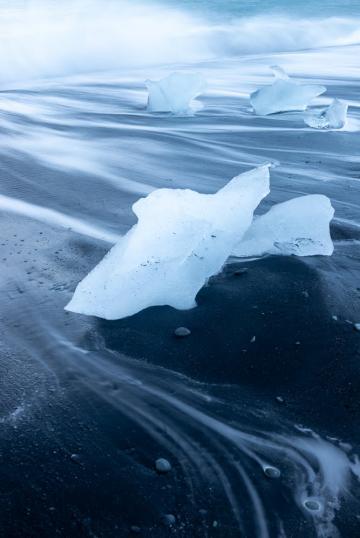 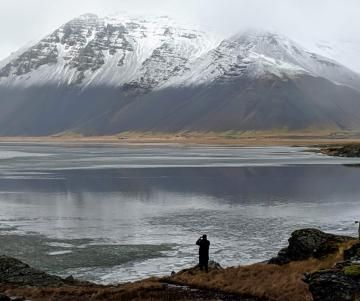