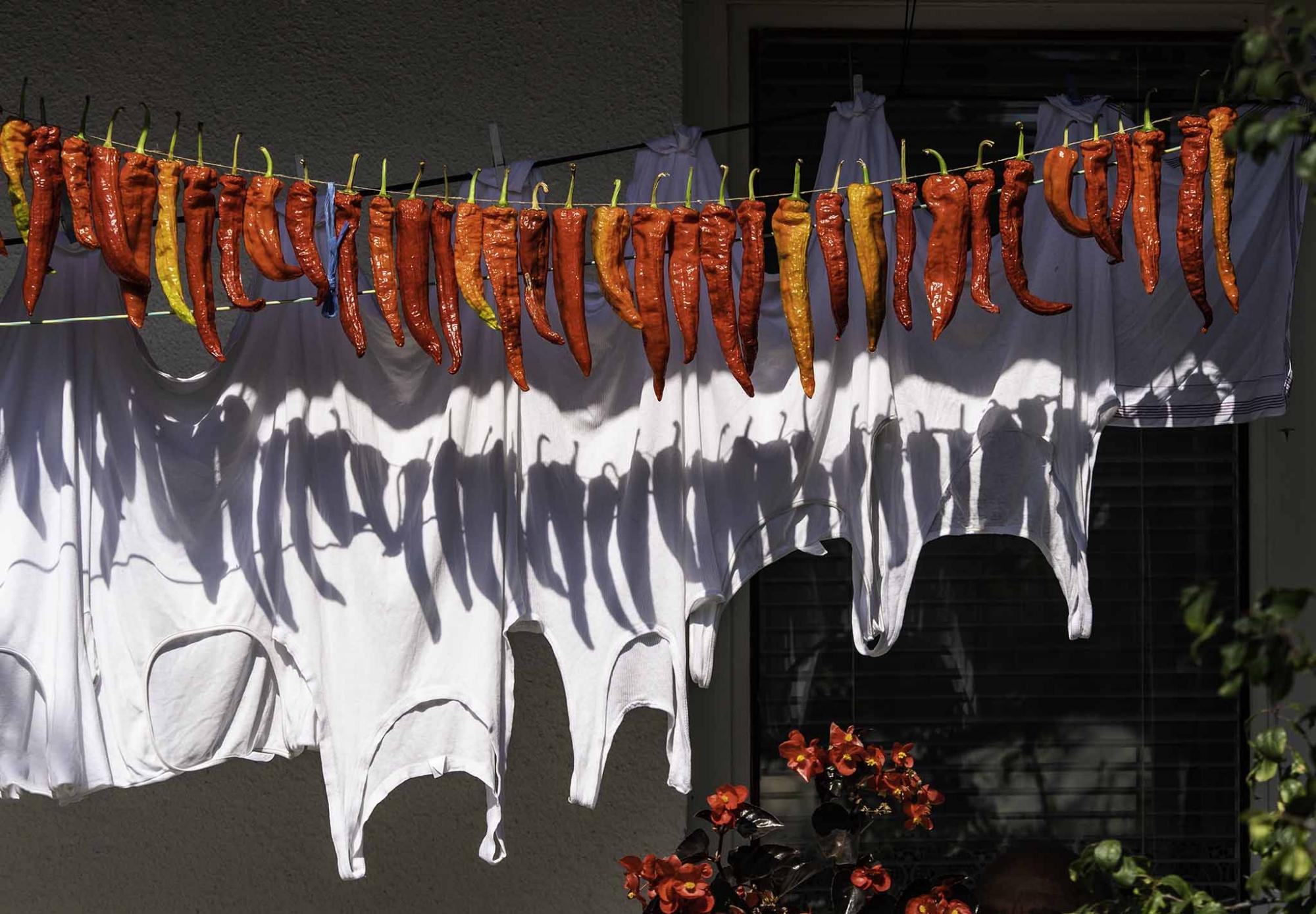 I saw this line of drying peppers and their shadows against the washing on the line, and dropped everything to get my long lens onto the Olympus and capture it straightaway.

After gaining my Royal Photographic Society Licentiate (LRPS) distinction in 2016 I was keen to progress to the next level of the ‘A’ (Associate) distinction.  This requires a themed presentation of 15 images.  It was always my intention to go for an ARPS within the Travel category, in which I thought I had the best chance of success.  However, my early attempts foundered after negative on-line feedback from reviewers.

In October 2018 I joined a L&L tour of the Former Yugoslav Republic of Macedonia, very well led by Paul Sanders and a local guide, Bojan Rantasa. Until recently engaged in a dispute with neighbouring Greece about the name ‘Macedonia’, and latterly renamed ‘North Macedonia’, the country is a landlocked southern Balkan state, very fertile and – outside the capital, Skopje – having a lightly populated countryside.  I came back with a varied portfolio of photographs of Macedonian people and landscapes. My visit coincided with colourful harvests, but it was evident that Macedonia suffers an epidemic of ‘fly-tipping’.  Some outstanding landscapes were blighted by roadside rubbish tips.   The contrast between beauty and rubbish was very stark, spoiling a country with an otherwise appealing people and culture.

Before finalising my portfolio, I benefited enormously from feedback and constructive criticism at an Advisory Day hosted by the RPS.  Without that feedback I would never have attained the distinction, and I urge anyone considering the ARPS to participate in an Advisory Day.

Here is a sample of the images from my portfolio; ones that exemplify what I saw of the people of this fascinating country.  If you have the opportunity to visit (North) Macedonia in future I’d encourage you to consider it. 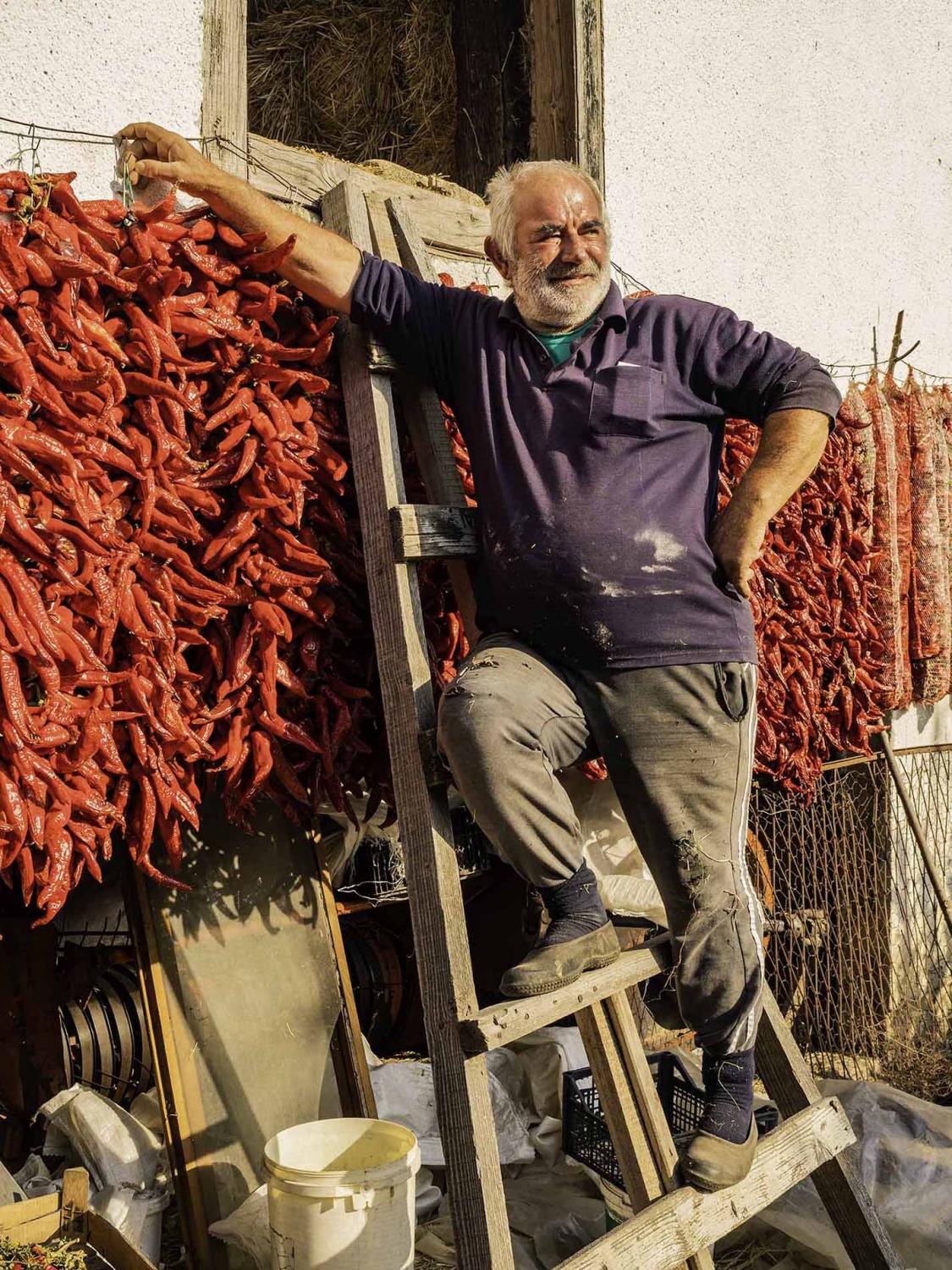 We visited a chilli pepper ‘farm’ where the owner proudly stood on a ladder displaying his harvest.  He epitomised the friendly people we encountered on the tour. 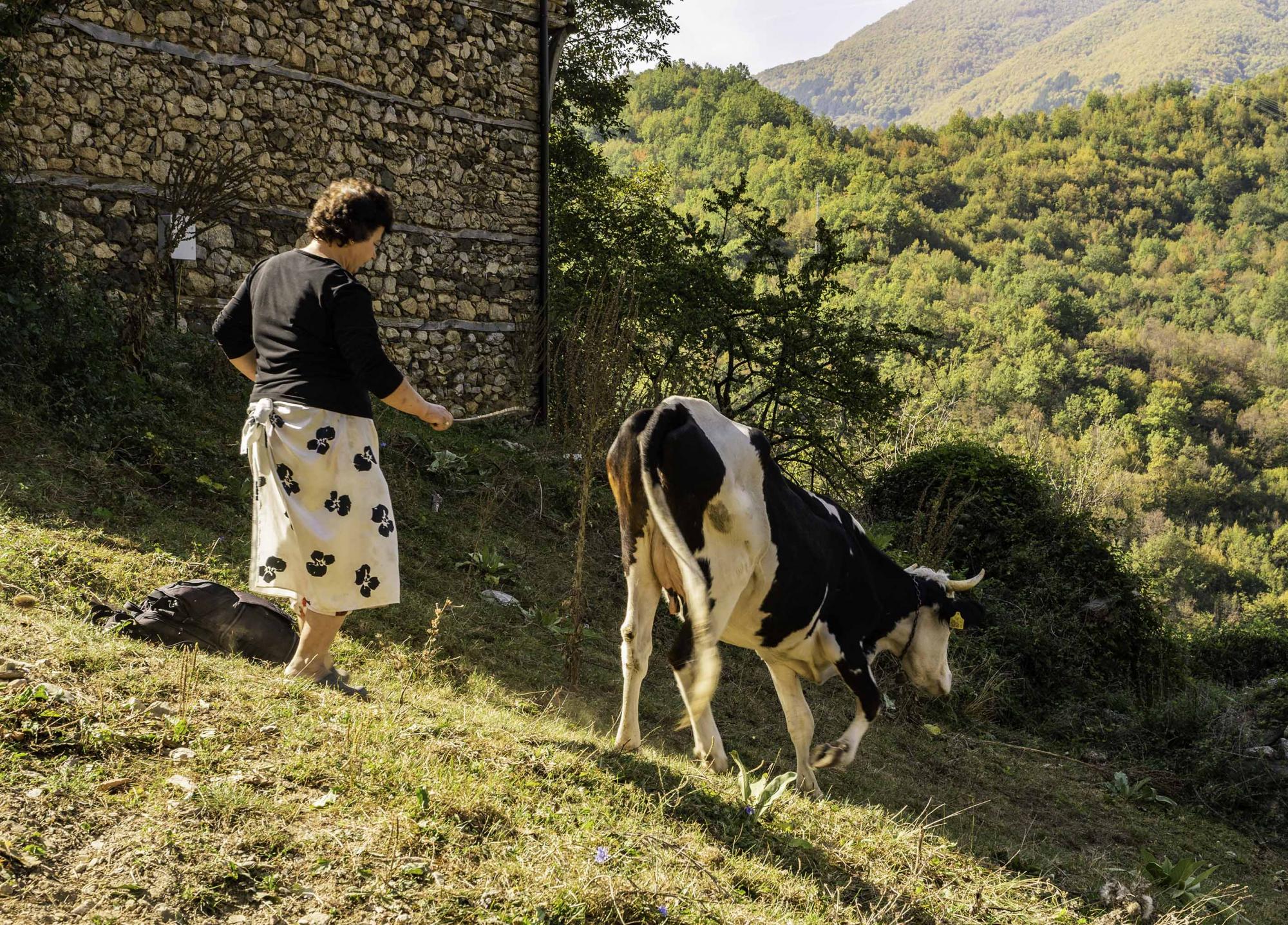 This lady herding a cow was a little reluctant be photographed, hence this was very much a ‘grab shot’ (as might be detected by my camera bag being in the picture!).  I decided not to clone it out so that the images I included in my panel were not over-edited. 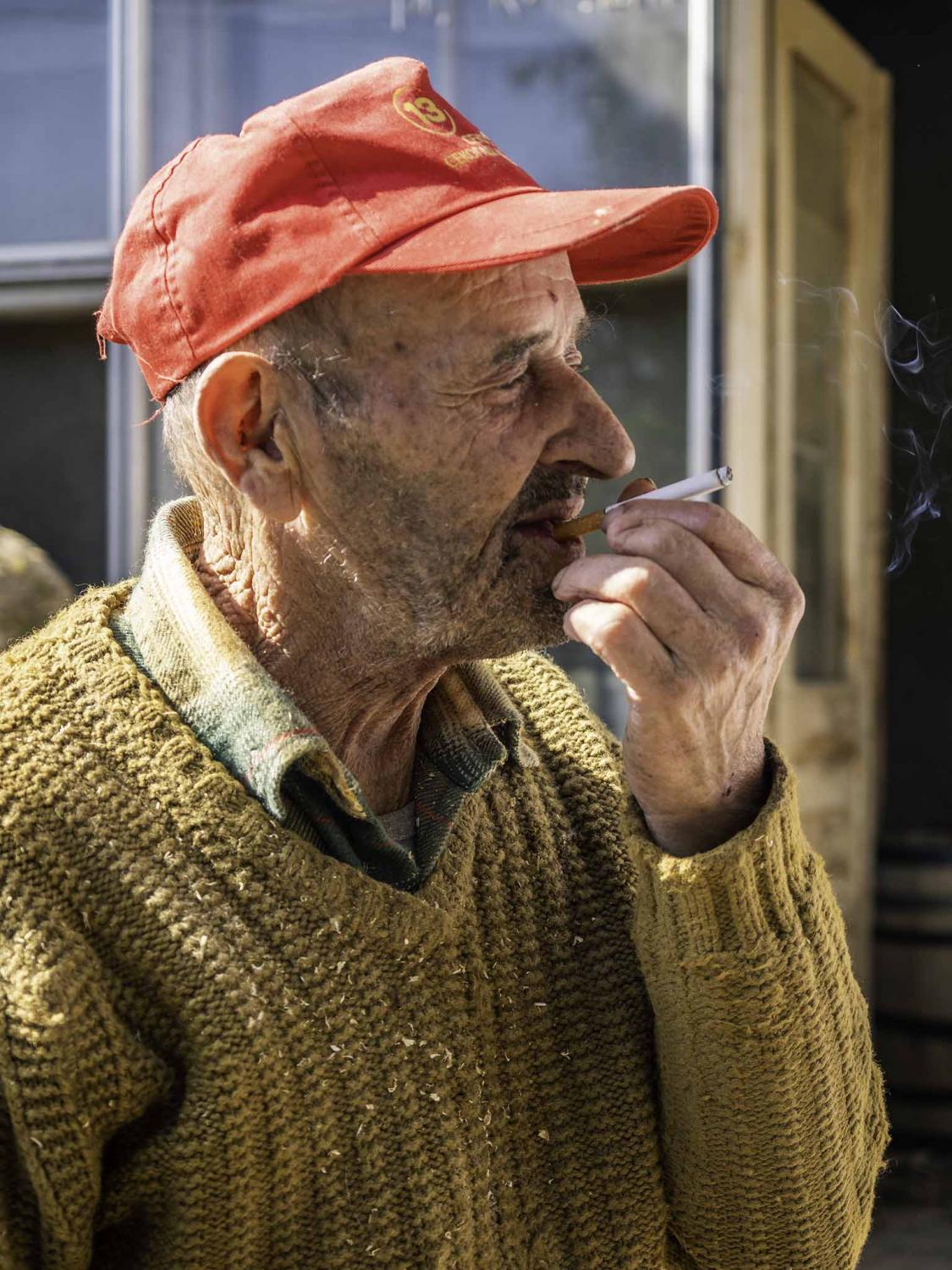 This elderly gentleman kept us occupied for a long time, with tales of his exploits in earlier days of Macedonia.  He worked in a wood carving workshop, but this didn’t seem to stop him chain-smoking and dropping his cigarette ends around him! 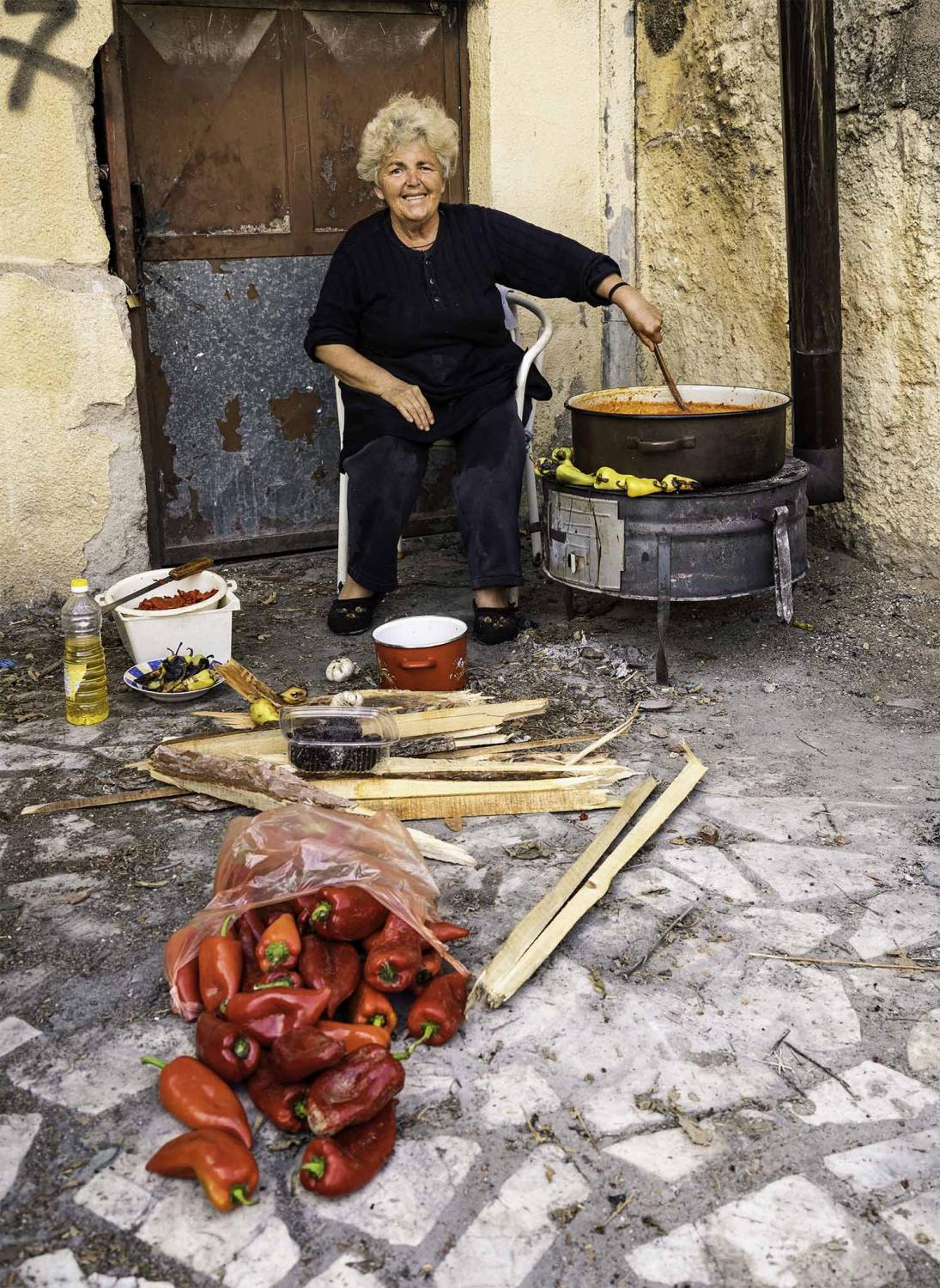 We stopped to see tobacco drying in the sun, then noticed this lady concocting something in what I called her ‘magic pepper pot’; she was more than happy for me to take several pictures of her at work.