Emer Kielhorn joined the South West Ireland tour in October with Joe Cornish and Matt Anderson. Here she tells us what she thought of the week...

The light is soft as we arrive one by one in anticipation of Light and Land's tour of South West Ireland. The weather is unsettled. Gusty winds rattle the eves of our hotel and seem to travel through the taps and pipes with intermittent shakes. There is little sleep to be had. Our first morning at Smerwick Harbour continues to be blustery as headwinds travel in across the Atlantic, butting the Blasket Islands and sweeping up the Dingle peninsula. The flurries threaten to blow away anything in their paths, we hang onto our tripods as sand and water seep into the grooves and sockets. Nature is revealing. At low tide, the sand paints large canvases of tidal shapes. There are many compositions, from the turbulent waves, to the drifting sands and the rocky outcrops. A singular wellie-boot footprint is quietly cursed as the group try and capture intricate detailed shots of raw beauty. In Ireland, you don’t take yourself too seriously. 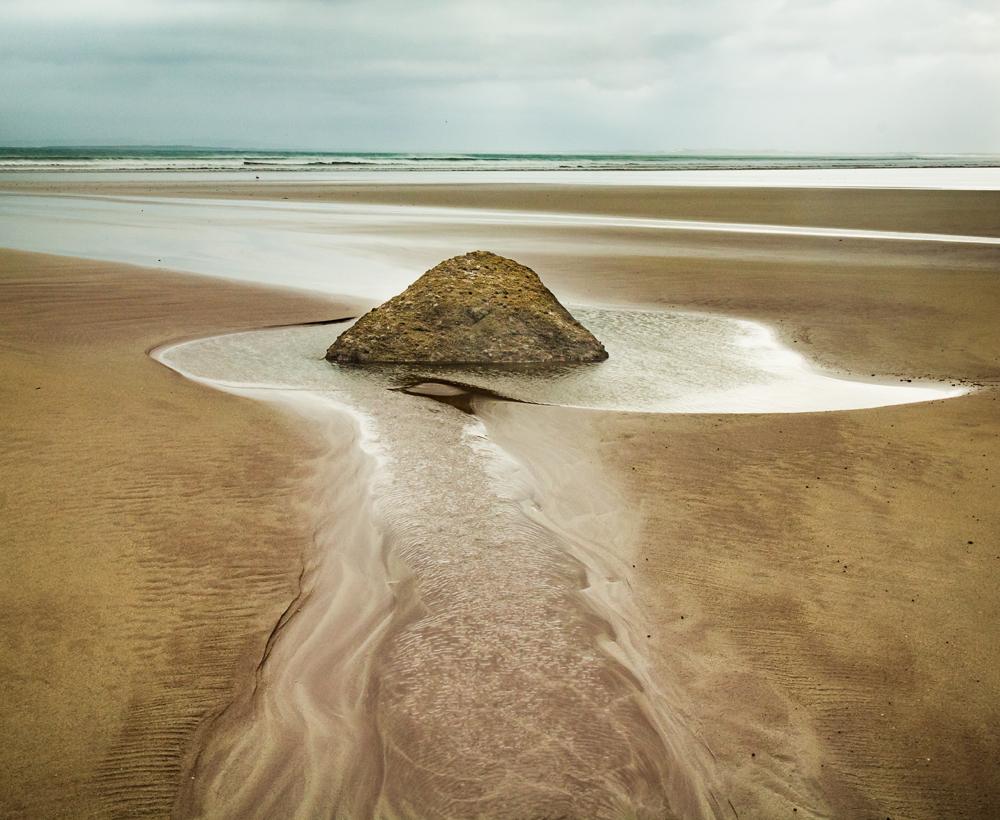 A pause at midday, gives us the chance to explore Dingle town, where a homemade chocolate shop becomes a big hit. The season is now over and yet a few straggling tourists remain, looking bemused and befuddled by the Irish road signs.  We retreat to the warmth of the Great Blasket interpretive centre and peer at a single framed telegram sent from the Islanders in 1947. “Storm bound. Distress. Send Food. Nothing to eat”. Coincidentally, the RTE news announces over the radio that a storm warning is in place. Our leaders Joe and Matt huddle together over the schedule, we wonder how much more wind is possible. The locals quietly shrug their shoulders. 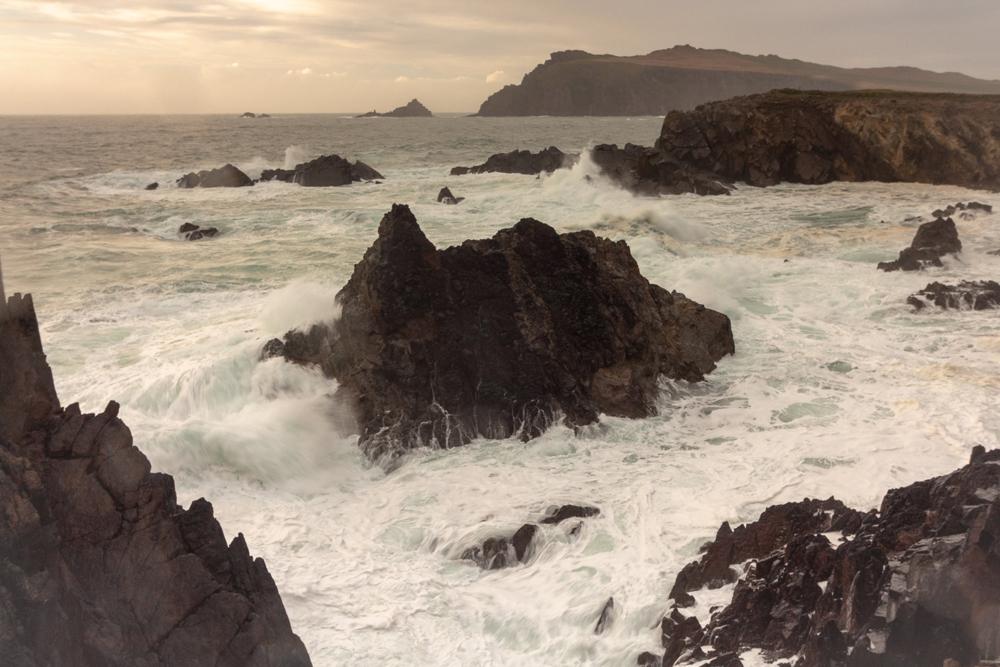 Out at Slea Head, the views are epic with each Atlantic wave having a unique grace and rhythm. The wind is now practically a gale and there is no chance of ascending the peak. Despite this, there is still plenty to shoot including ancient beehive huts and low grey stone walls. Some daytrippers crowd our lenses, drawn with curiosity to our focal points. We wait, they wait, eventually they amble off and we get the shot.  Later we drive back along the coast to Clogher beach where a swirl of rock and sea water has been appropriately christened the ‘washing machine’. Here waves break like wild horses creating a white foam that is thick and creamy like the head of a Guinness. It's time to retreat to Murphys in Ballyferriter. 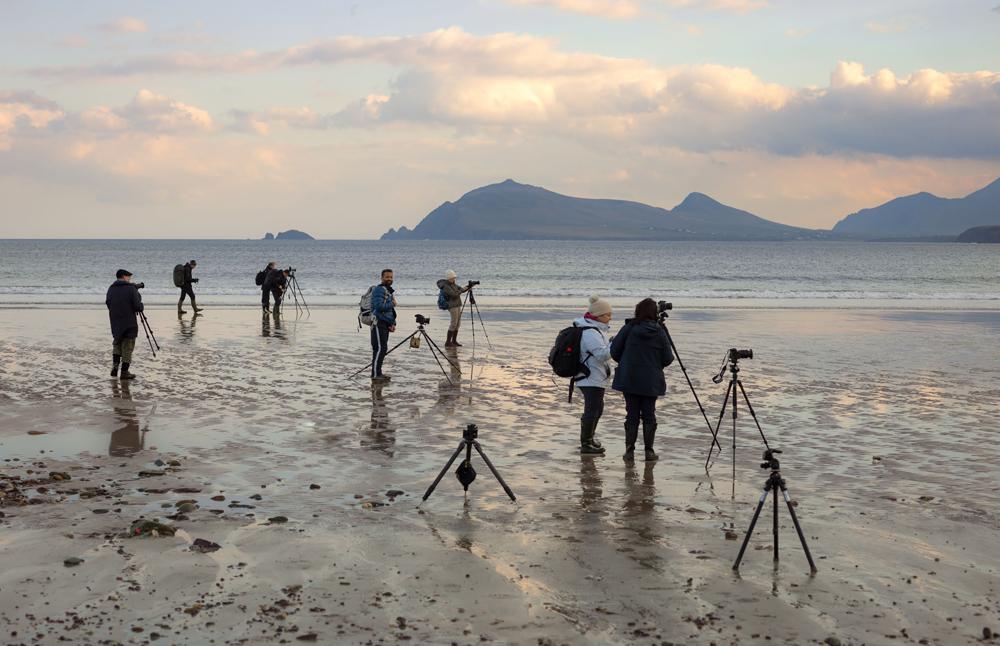 That evening, the door blows open and Ulf from Phase One arrives with a cache of camera equipment. Everyone is momentarily speechless by both its weight and its price list. The next day, some of the group take the cameras for a trial run. The weather has given us a momentary reprieve and the light is perfect, allowing for sharp images.  One of the group Julia captures a shot of all of us on the bench, it becomes the memento of the trip. 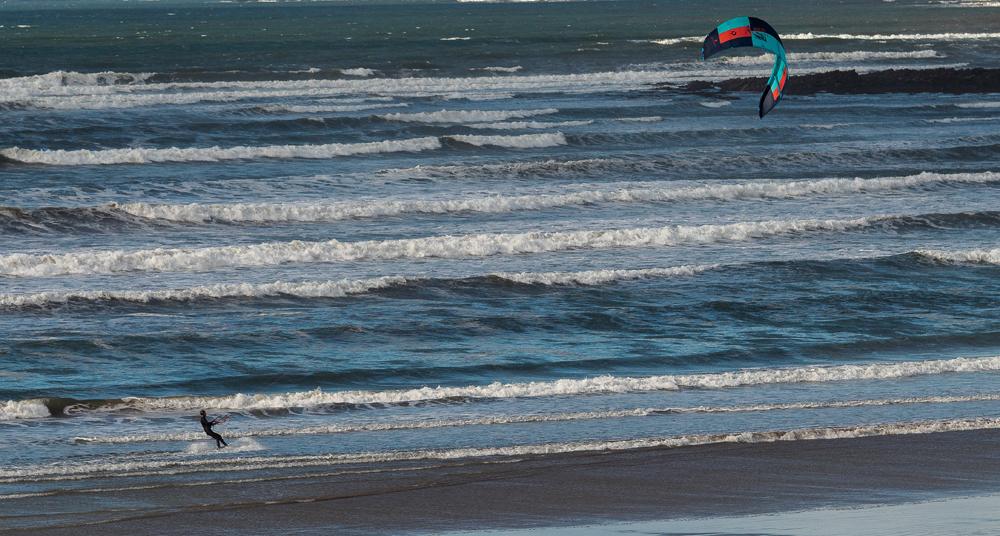 It's time to head towards Killarney. The wide expanse of Inch beach brings back nostalgic memories from childhood. I onced played tennis here on an imaginary court with no lines or a net. Now people kitesurf. We drive along narrow roads and find the slipway to Carrantuohill - Ireland's highest peak. Gorse covered slopes provide foreground images against the distant peaks of the Mcgillicuddys. Joe and Matt weave between the group like sheepdogs. The scene is pastoral, a small farm house in the distance separated from time and place, has us all wondering about abandoning our jobs to live in splendid isolation. 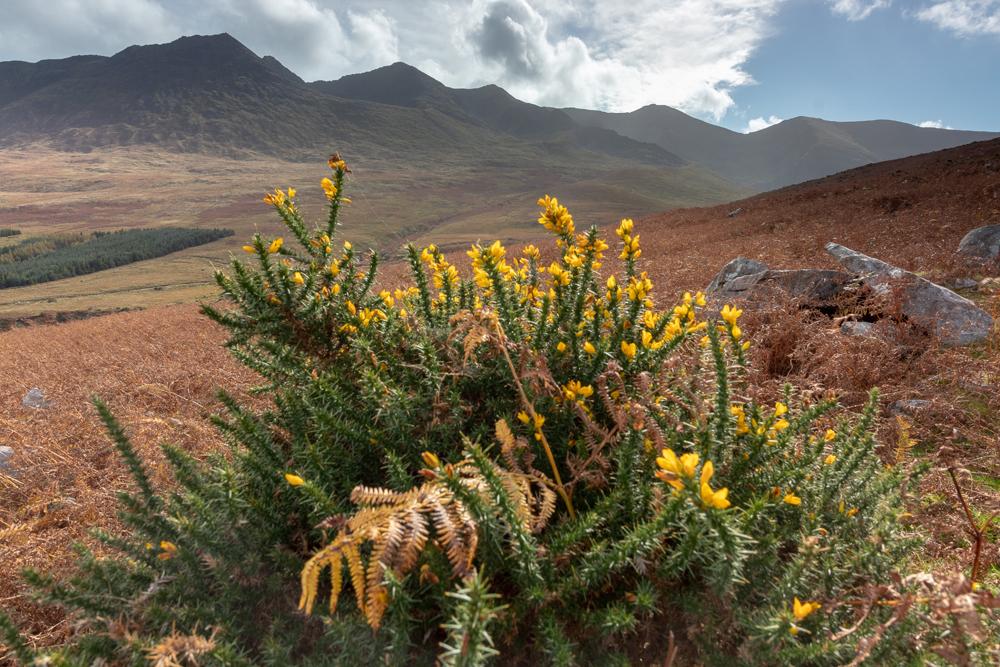 Back in the car, the mood is lively. We start a game of particular ridiculousness and return giddy as the weather changes again. Ireland is playing tricks on us.  It's pouring rain the following morning and we hunker down spending a quiet time viewing each others images. My mind starts to drift to faraway places as we scrutinise a masterful shot from Namibia. By lunchtime, we venture back out into the squall and head straight for the ‘washing machine’. We are now veterans and take the wind in our stride. 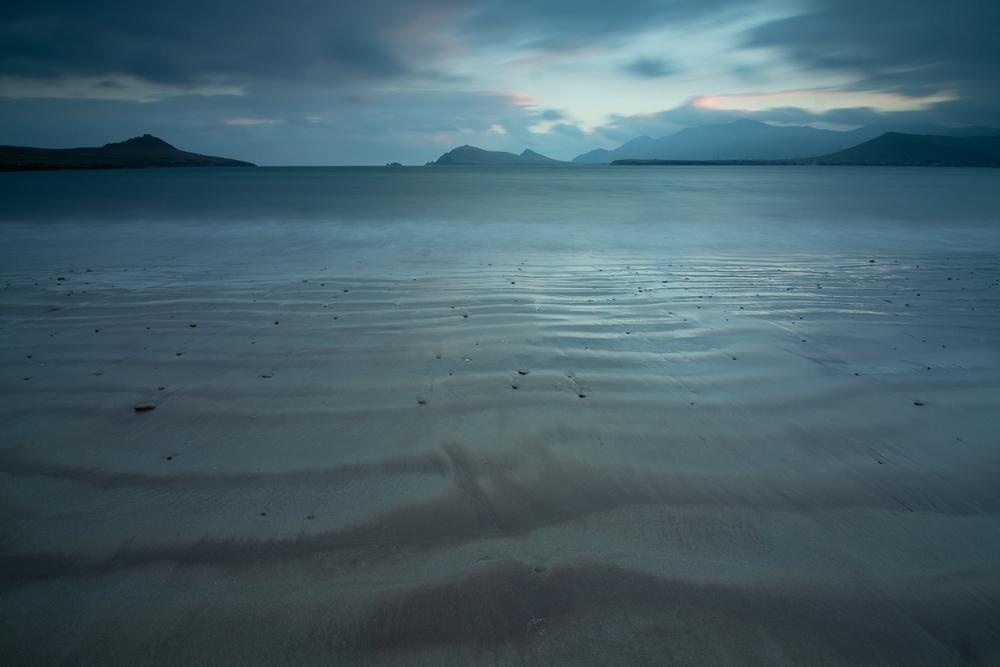 The Irish poet W. B. Yeats once wrote, “Come fairies, take me out of this dull world, for I would ride with you upon the wind and dance upon the mountain like a flame”. The last of the Islanders packed up their belongings and left the Blasket Islands in 1957. Like the crooning of a rosary at a funeral, the wind still carries their final benedictions and reminds us of the fragility of life and of fleeting moments. A fresh wind blows in from beyond the islands as we hug farewell and depart. 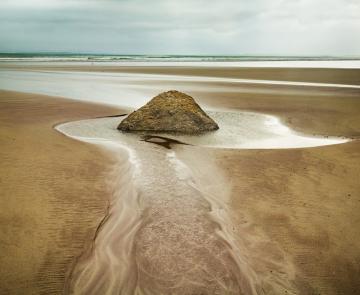 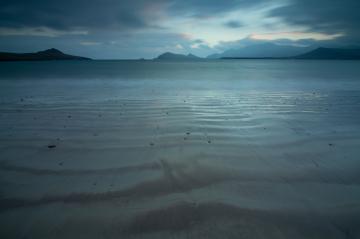 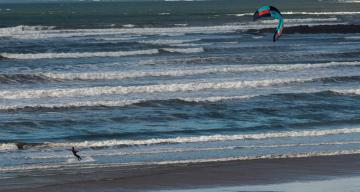 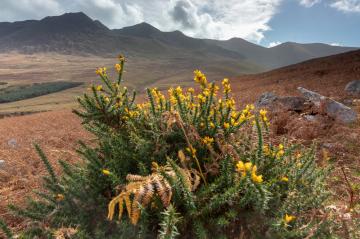 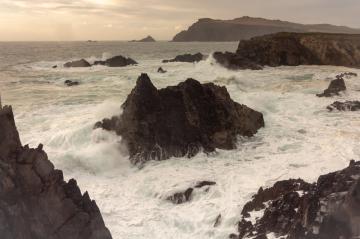 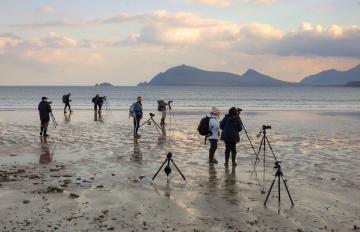