The Silk Road – Uzbekistan with Paul Sanders and Yuri Boyanin

A review of the The Silk Road tour by Teresa McFarquhar.

"The Silk Road, a name that conjures up romantic images of camel trains and merchants travelling from the west laden with gold, fabulous fabrics and spices, which were then sold or exchanged for silks and precious metals and porcelain from the east.  This journey would often take them from Turkey along the golden road to Samarkand.

Our journey followed the same route, taking us from the very large, new airport in Istanbul to Tashkent, which is the capital and largest city in Uzbekistan, as well as the most populated city in ex-Soviet Central Asia.  Tashkent is a modern city, having been rebuilt as a model Soviet city after the devastating earthquake in 1966.  After a quick freshen up and breakfast our adventure started with a visit to the Metro to see several of the beautiful, themed stations.  They were spotlessly clean and there was no problem photographing them. 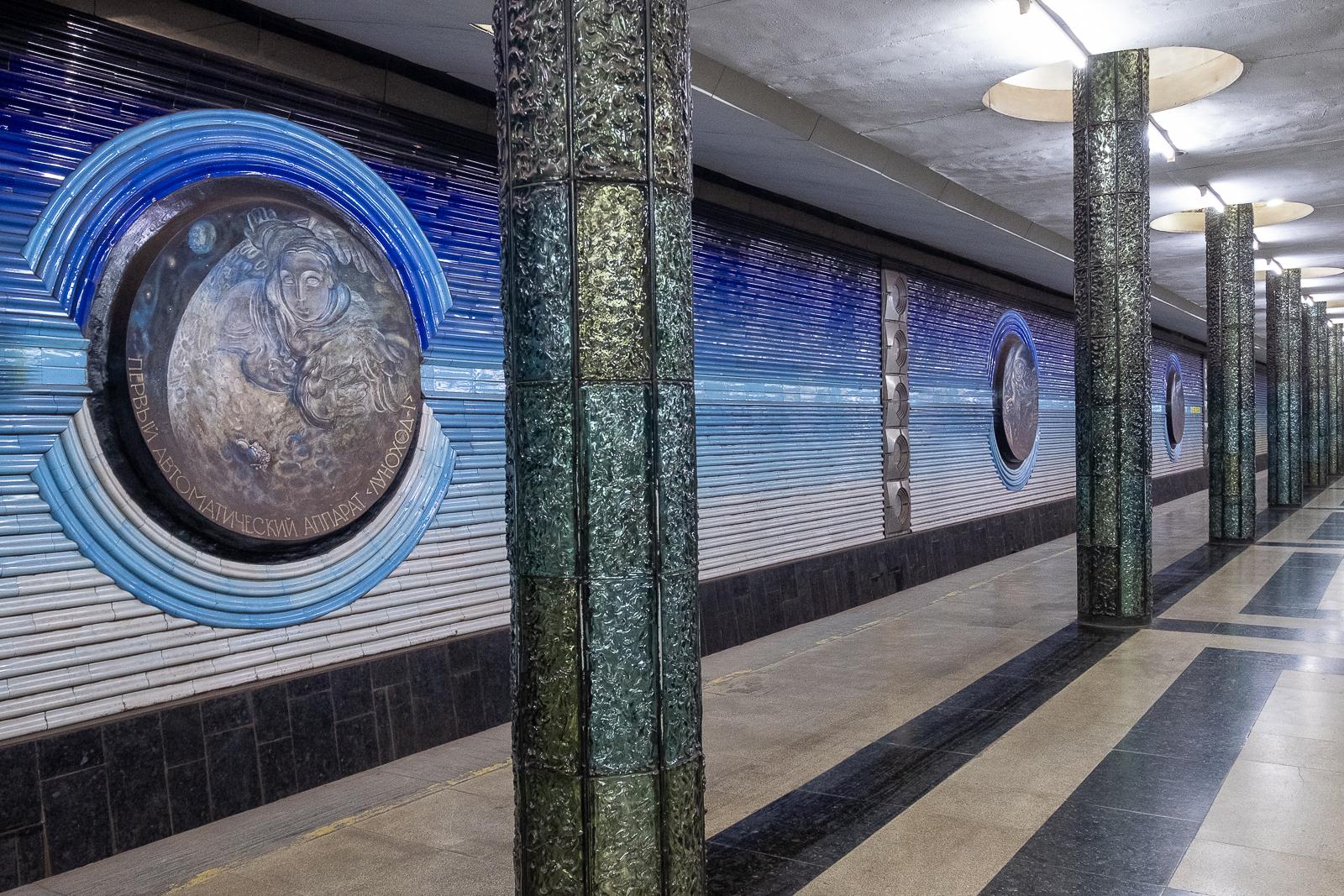 We were warned not to photograph anyone in uniform during the trip, but we found that the local people were lovely and were more than happy to have their photos taken.

A visit to a local market introduced us to the site of the largest meat market I have seen and the beautiful smell of fresh bread baking in an old baker’s shop.  This whetted our appetite for our visit to a Plov Restaurant.  The Guardian described Plov as Uzbekistan’s national obsession.  It is a meaty, rice dish which is eaten for lunch most days and is cooked in giant ‘woks’ over coal fires, and the portions are huge.  Definitely needed a siesta after a very long day.

Day 2 saw us on an early flight to Nukus.  Our first stop was at the workshop of a traditional yurt maker.  The yurt maker showed us how they bend the timbers to make the yurt frames and make lattices for the walls knotted together with leather.  Not a lot of work was being done as they all wanted us to leave so they could go to a wedding in the village.  We were invited along and had a lovely time dancing with the ladies of the village.  Our journey then took us across the dried up area of what was once the Aral Sea to meet up with a group of fishermen who make a living in one of the small remaining areas of the sea that contains very shallow water. 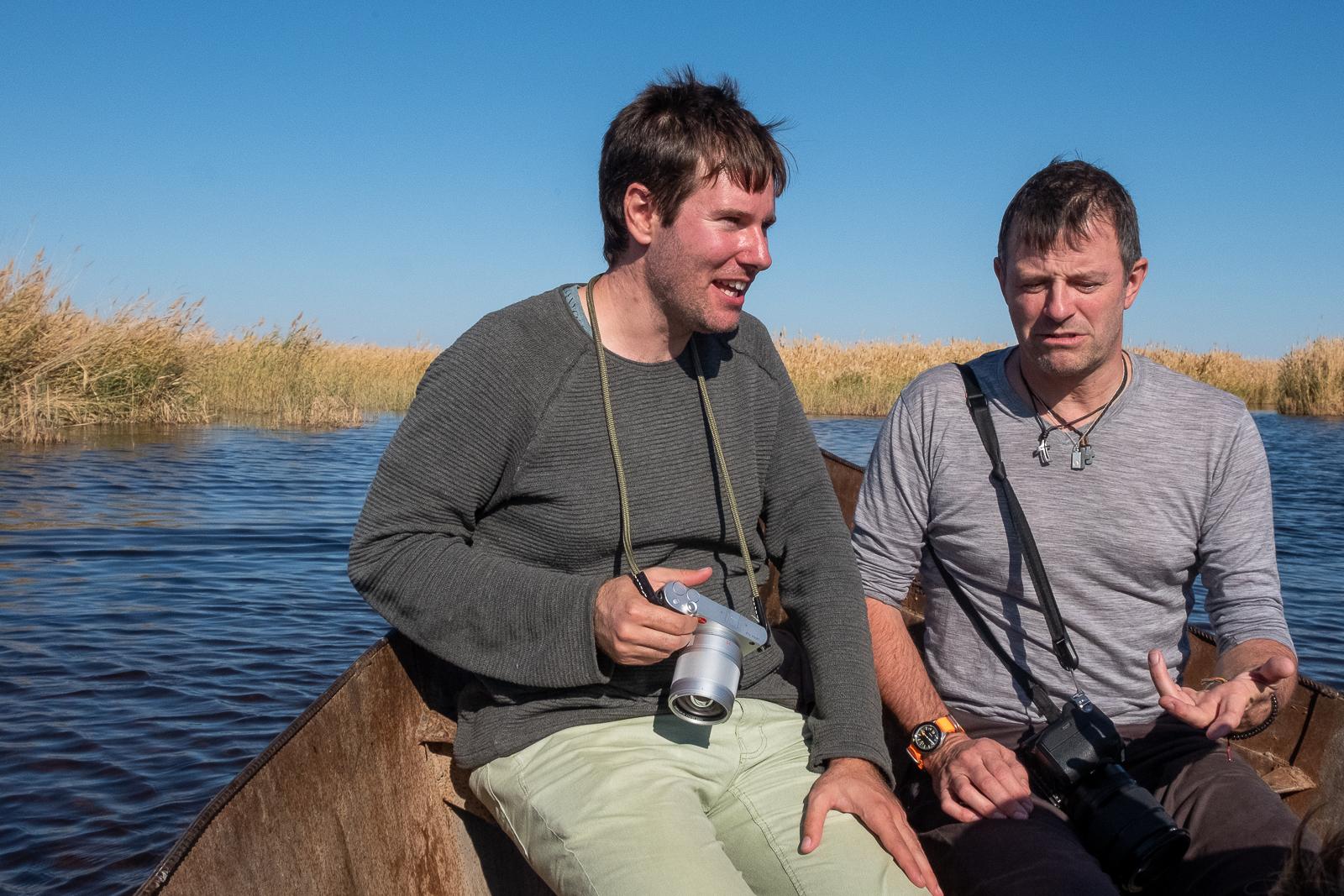 Paul and Yuri on the Aral Sea

Our final stop was at the Karakalpakstan Cemetery for sunset.  Fascinating to walk around all the mausoleums but, unfortunately, the mosquitoes had also come to visit so most of us got bitten. 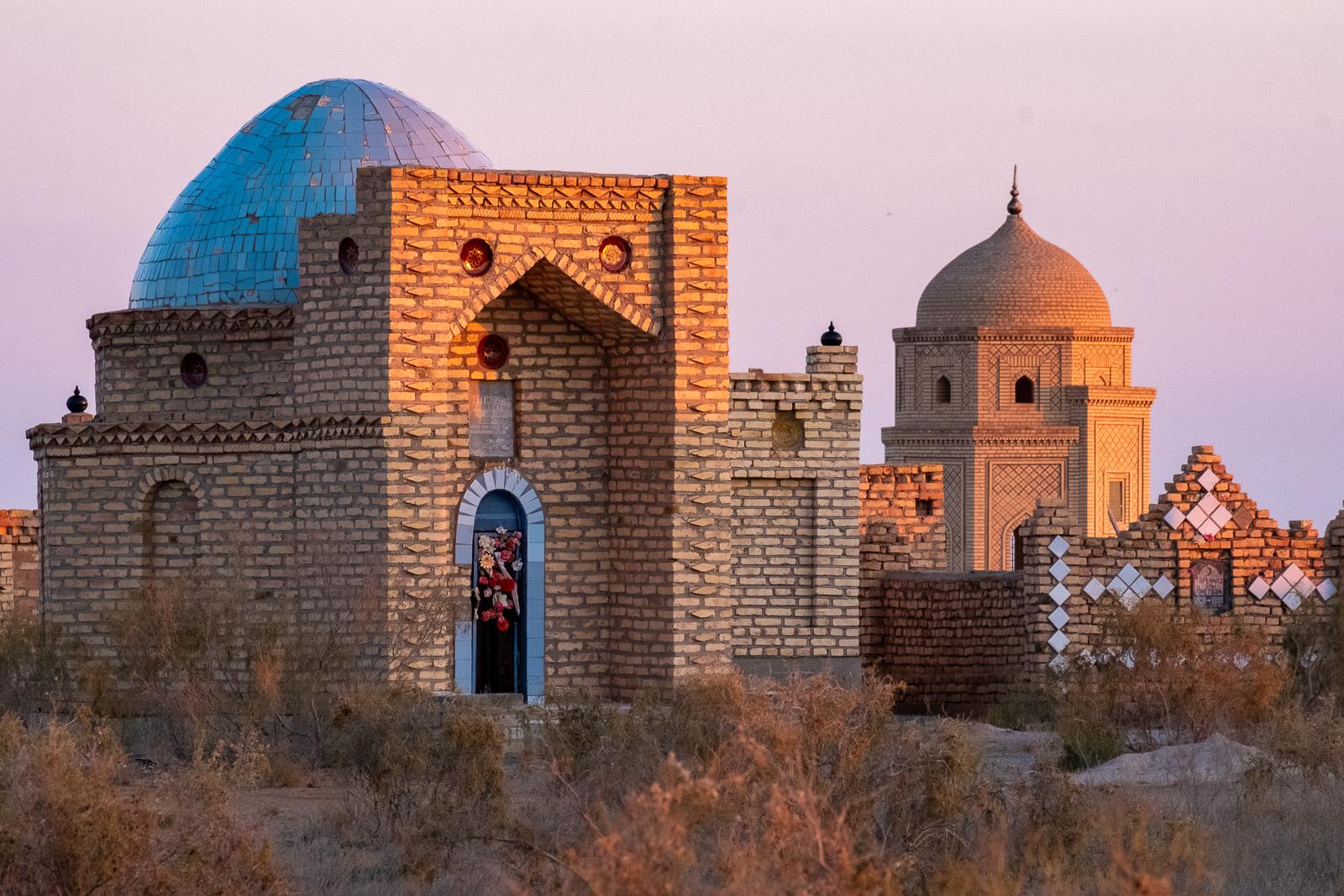 Day 3 saw us heading to Bukhara with stops at a Zoroastrian Fire Tower, Gyaur Kala Fortress river crossing and at a field in which women were picking cotton.  We then travelled for 6 hours on a local train, which was an interesting experience, particularly for one of our party who found her sleeping compartment being shared with a large naked drunken Russian.  Needless to say she opted to sit in another carriage.  Very late arrival in Bukhara, but the hotel was really beautiful with traditional carvings and niches in the rooms.

Day 4 started with a walking tour of beautiful Bukhara in the company of local photographer, Shavkat.  We were welcomed into the homes of a couple of his neighbours in the Jewish Quarter.  In one of the houses, a young boy sat and did his homework whilst we talked to his father and photographed his living room.  Shavkat has been working closely with the local Roma gypsy community and took us to meet them. As with everyone we met, they were more than happy to be photographed. 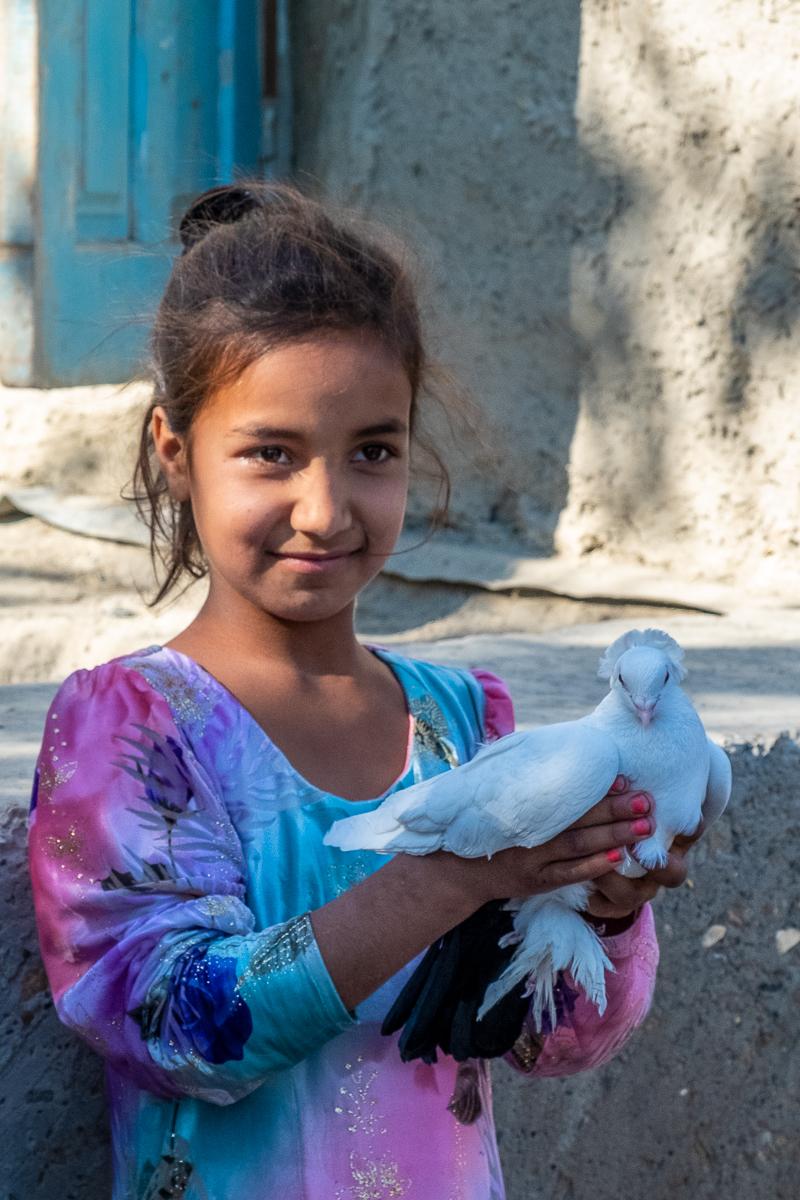 Travelling via the Russian, German and Japanese cemeteries, we arrived in Qarshi at the end of Day 4.

Day 5 was a long travelling day, broken up by several stops, as we made our way to our last stop in Samarkand.  The highlight was a visit to the 15th Century mud village of Katta Langar, where life has changed very little since that time.  We were warmly welcomed into the Mosque after Friday prayers and marveled at the intricate tilework and wooden structure.  We also marveled at the fact that the children were pristine in white school shirts but lived in a village made of mud.  They must also have a good sanitation system as there was no unpleasant smell as we walked around the village, as we had also noted in the gypsy village.

One last challenge awaited us before our arrival in Samarkand and shows the importance of travelling with a local guide and having a flexible approach to travel.  Word reached us that the local government/ police had banned lorries and buses from travelling over the mountain roads after dark so we had to send our luggage round the mountain in the minibus whilst we took taxies.  Following 3 white taxies in a country full of white cars in the dark, with only two of the cars having someone who spoke Russian and could communicate with the driver, was a real challenge.  Issues with hotel bookings also confounded our arrival into Samarkand, partly due to transport plans changing.  Anyone travelling to these regions needs to have a flexible approach and be prepared for changes.

Day 6, Samarkand, and what an end to our journey.  Wow doesn’t really sum it up.  The Shah-i-Zinda mausoleums and other ritual buildings built in the 9-14th century showed what wealth, culture and craftsmanship existed in Central Asia at this time, largely as a result of the Silk Road.

The best was left until last as we arrived at the Registan for sunset.  We marveled at it, as merchants of the past must have done after many months of travelling.  It was the culmination of a fantastic trip to a country that not many photographers have visited.  What an adventure. 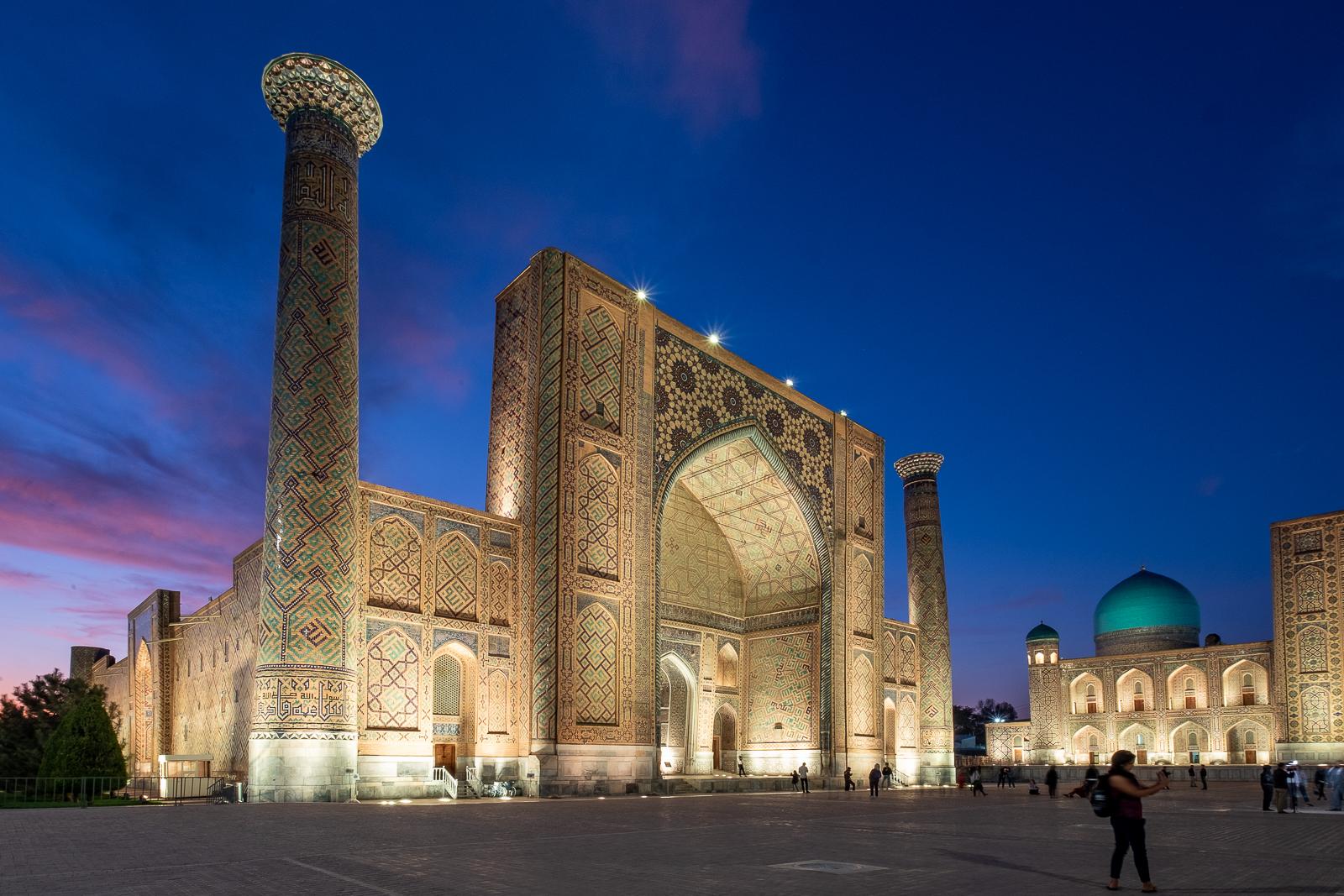 Thank you Paul and Yuri!"

Paul will be leading another trip to the Silk Road in 2020, to find out more or book a place, please click here for Uzbekistan and click here for Tajikistan.