Andrew Bulloch is a name to remember. He's won several awards this year, including Landscape Photographer of the Year and it's not hard to see why!  Andrew took a few moments out this week to answer a few questions about photography, and his passion clearly shines through.

✭ When did you first discover photography?

My dad has always been into photography, so it was due to his interest that I discovered it as well, although the spark was at Loch Ossian in the Spring of 2015 while wild camping with friends and after I’d just been given a camera for my birthday. I got up early and the loch was dead still, so I got out my camera and took a few snaps. When we got back my Dad said they were good ‘snaps’ and I should enter them into a competition, which I did, and one of them ended up being shortlisted in the Scottish Nature Photography Awards 2015. I then got involved with Instagram and often went to meets, where there were some very good photographers, and I learned a lot from talking with them. Most of my best photos go onto Instagram now. You can see them all there. My Instagram name is @hcollub.

I now have a Nikon D7200 and an iPhone, but the winning photo was taken on my dad’s old Canon EOS 350D which I was using before I got my own DSLR. Before that, I only had a small Canon Powershot, which was really just a “point and shoot”. 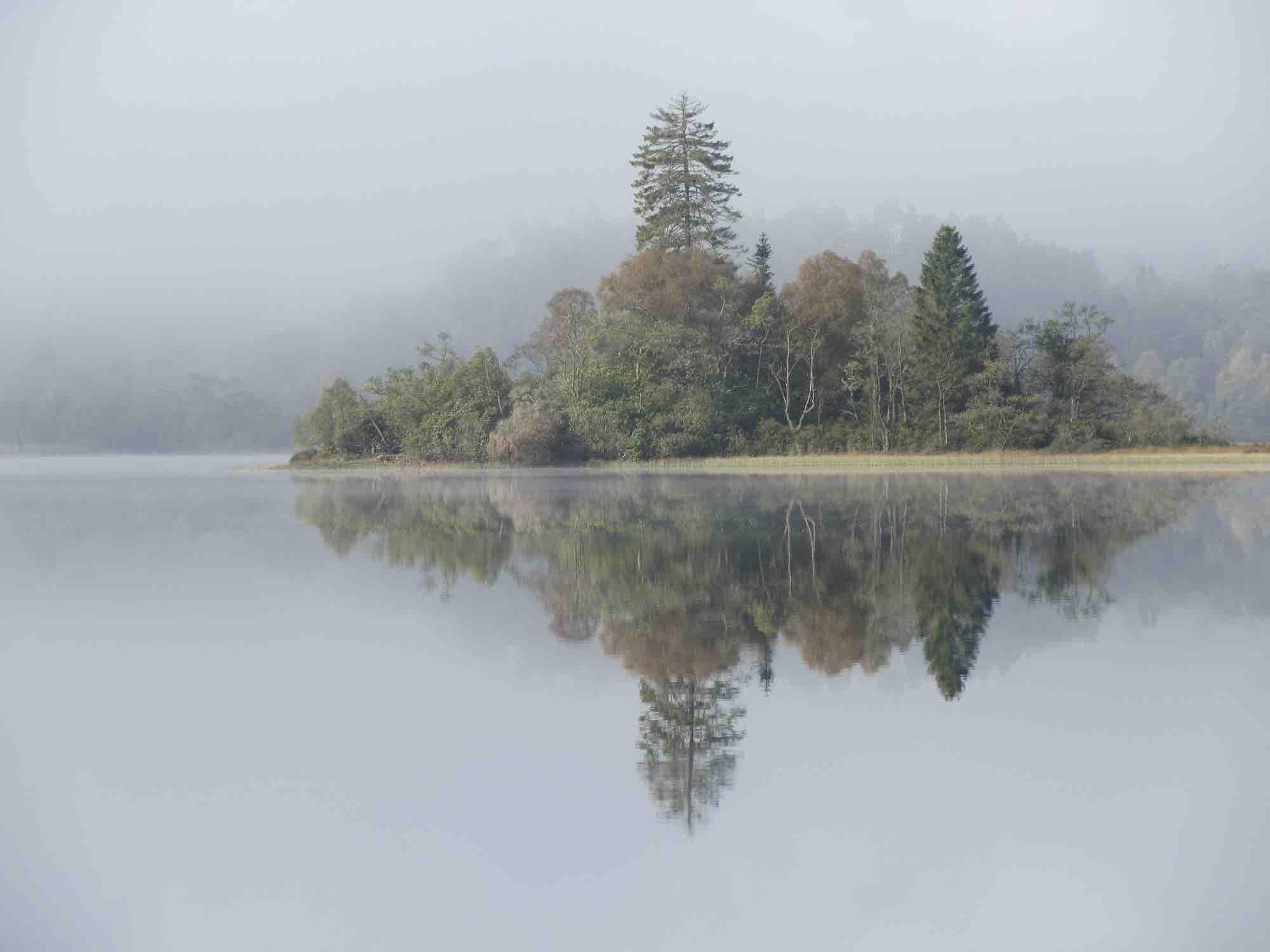 I don’t have a specific spot as my favourite to photograph, but the Highlands and Islands of Scotland are definitely my favourite areas!  Over the years we’ve been to the Cairngorms, the Moray Coast, the Outer Hebrides, Glencoe and the Trossachs on family holidays. In the summer of 2016 I even persuaded my Mum to drive me to the north coast and catch the ferry and minibus all the way to Cape Wrath. We stayed in Kervaig Bothy and I took photographs from there, which won me other landscape awards earlier this year.

✭ What is your favourite image you've taken?

Although I don’t have a favourite photo, I do like some of my photos from a particular sunrise on Skye in February this year. We camped next to the car park at the Quiraing, although we did consider sleeping in the car due to very strong winds and the struggle to get our tent pegs through the ice! However, any misery from the camping was very quickly gone thanks to the incredible view in the morning. We awoke surrounded by other photographers, all waiting to catch the same moment when the sun rose and lit up the landscape around us. 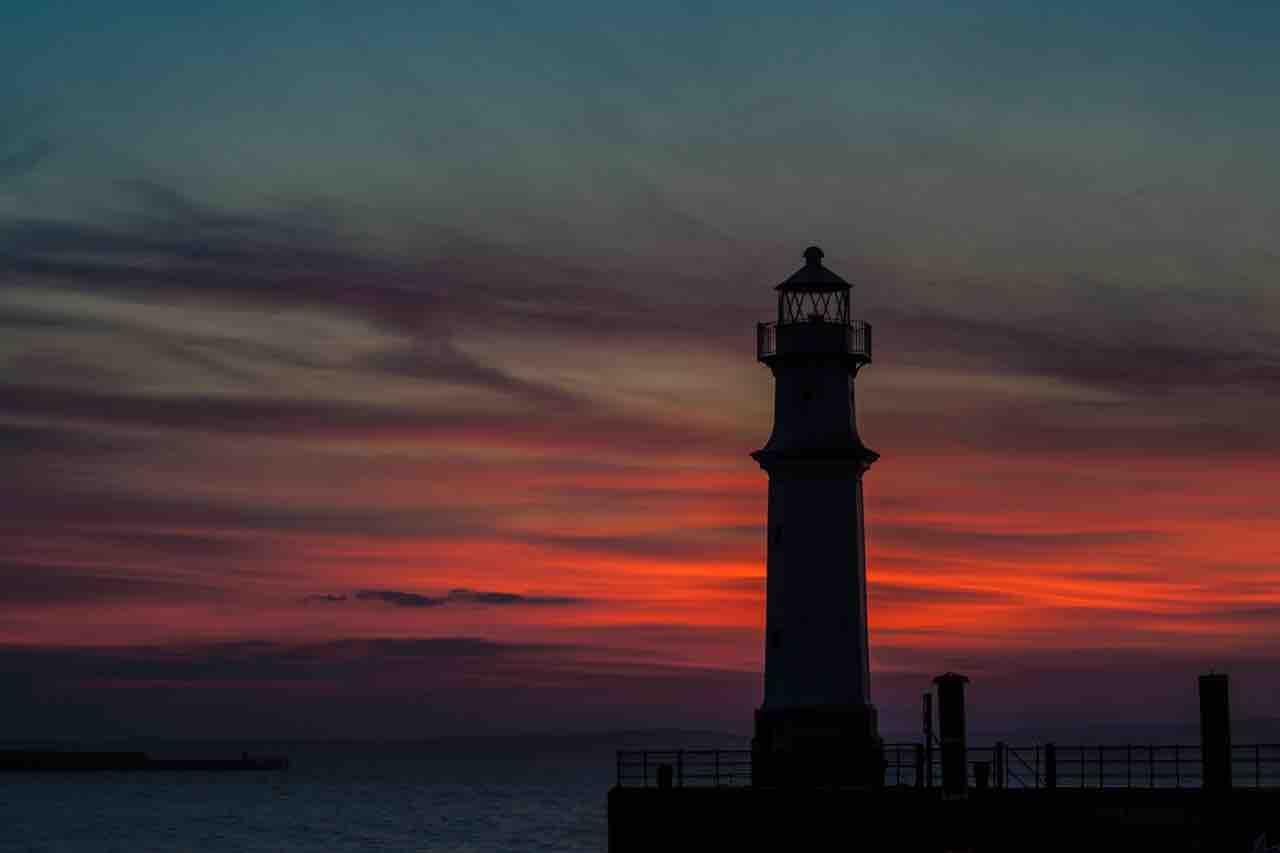 ✭ Tell us about the day you photographed your winning image 'Skatepark under the Northern Lights' taken in Musselburgh, Scotland

We were at a friend’s house when I started getting Aurora “alerts” on my phone. Eventually we went outside and realised the skies were clear and the aurora was so strong that we could even see its green glow above the streetlights. We all jumped into our cars and drove the short distance to Musselburgh to watch it from the end of the harbour pier, without streetlights in the way. We were contemplating driving further afield to get a different viewpoint but decided against it as we just didn’t want to miss the best of it while stuck in the car. Instead we walked along to a skatepark further along the seafront, which I used as an interesting foreground for the photo. The settings I used on the camera were: 15 sec at f/5, 1600ISO on an 18-55mm (at 18mm). I especially like this shot because normally the Aurora Borealis is seen further north in much more rural places. yet the skatepark emphasises the fact that we were only metres away from the bright lights of the capital of Scotland. 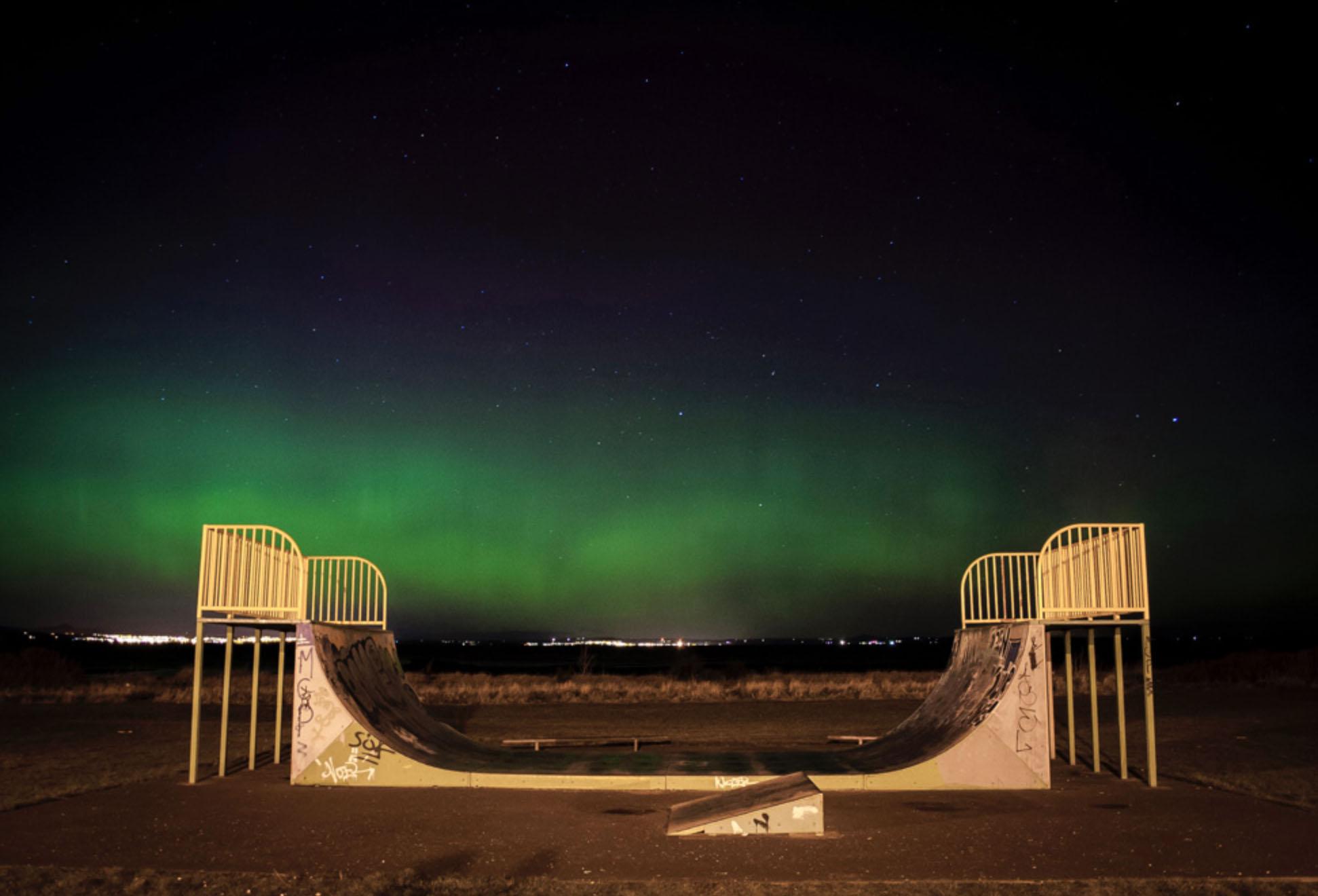 (Above: Skatepark under the Northern Lights)

My winning photo in the “Classic View” category was taken at New Year in the fishing village of Portknockie. The weather had been terrible all week and the waves crashing in over the harbour were huge. I woke up early and “borrowed” all my Dad’s camera gear. Unfortunately I also woke everyone up while closing the front door, and my Dad had to get dressed and chase after me through the village in case I got swept into the sea. I think he was more worried about his camera though. I actually went down to a prominent feature called the “bow fiddle rock” which is a favourite with photographers. The weather was really bad but I noticed that when the sun did break through, it lit up a section of the rock. On our final day there, the weather improved so much that we all got up early to go down to the rock again, and despite the big waves still crashing in, I got the winning photo! 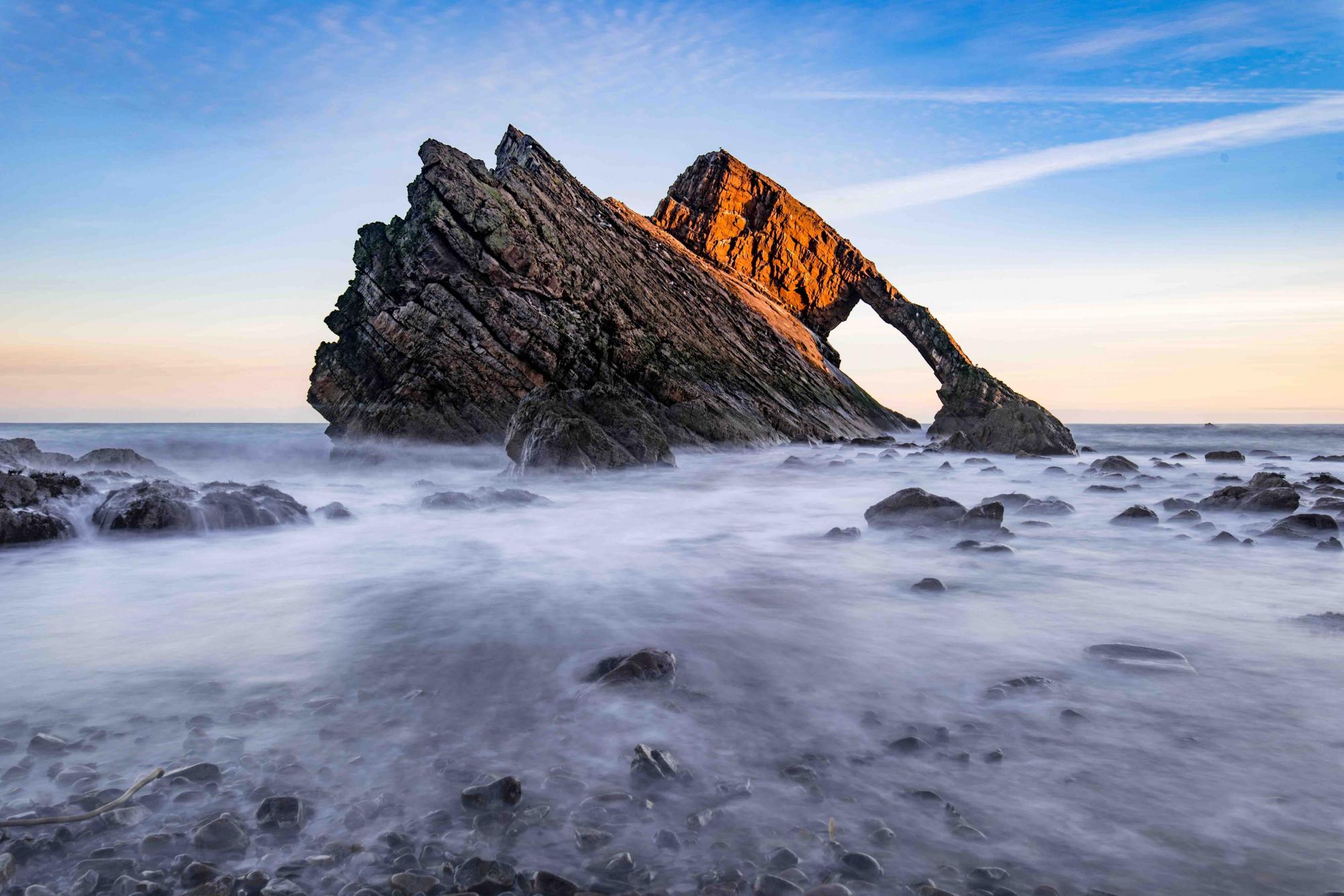 (Above: Stormy seas at Portknockie)

✭ Where is next on your list of places to visit to photograph?

The problem with being 15 is that you don’t get much choice of where you go! I’m sure we will have a trip somewhere over the winter, and as I enjoy photographing cars as well, I hope we can go to a big car event next year too. So I don’t really know where we will end up next, just anywhere with a nice view, some occasional sunshine and not hordes of people, so it’ll probably be Scotland. I don’t mind England either but it’s an awfully long way away!